Skip to content
You are here: Home » WORLD NEWS » Trump includes Nigeria in list of updated countries with travel ban 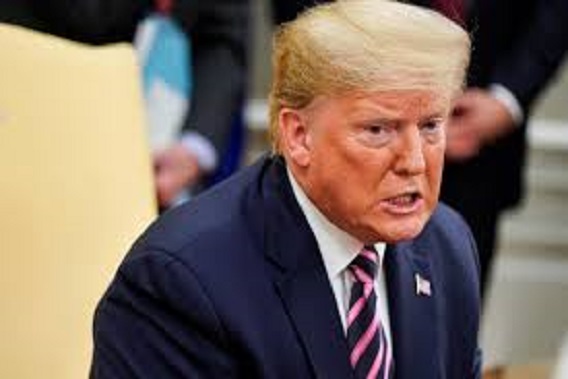 The Trump administration plans to add seven countries to a group of nations subject to travel restrictions; including Nigeria, Africa’s most populous country, along with others in Africa and Asia, according to administration officials who have seen the list.

The new restrictions would apply to travellers and immigrants from Belarus, Eritrea, Kyrgyzstan, Myanmar, Nigeria, Sudan and Tanzania. The countries wouldn’t necessarily face blanket bans on travel to the U.S.; but could have restrictions placed on specific types of visas, such as business or visitor visas, administration officials said.

Some countries could be banned from participating in the diversity visa lottery program; which awards green cards to people in countries with low levels of immigration to the U.S.

President Trump has called for an end to that program, saying it lets undesirable people into the U.S.; and he has proposed reorienting the existing visa system toward skilled workers instead.

The administration plans to roll out its expanded travel restrictions on Monday; marking the three-year anniversary of the initial travel ban Mr Trump signed on his seventh day in office; sparking controversy at the beginning of his term.

The first order, which banned travel to the U.S. by most residents of seven majority-Muslim countries; was struck down by a federal court and withdrawn.

A second iteration of the ban, issued in March 2017; was also struck down by a federal judge who said it still amounted to religious discrimination against Muslims.

A third version of the policy, issued in September 2017; was upheld by a divided Supreme Court in a 5-4 ruling in June 2018 on the grounds that federal law gives the president broad authority to suspend entry to the U.S.

Those current restrictions blocked travel by individuals from Iran, Libya, Somalia, Syria, Yemen and North Korea, and by political officials from Venezuela.

Unlike the initial list, most of the new countries don’t have majority-Muslim populations. Several of them, however, have had relatively higher rates of their citizens overstaying visas in the U.S., according to DHS data.

The move to expand its travel restrictions signals the Trump administration’s intent to ramp up several hard-line immigration policies ahead of the 2020 election; which Mr Trump’s advisers believe will play in his favour.