Skip to content
You are here: Home » WORLD NEWS » Indonesia may be bombed next week via Wi-Fi networks – US warns 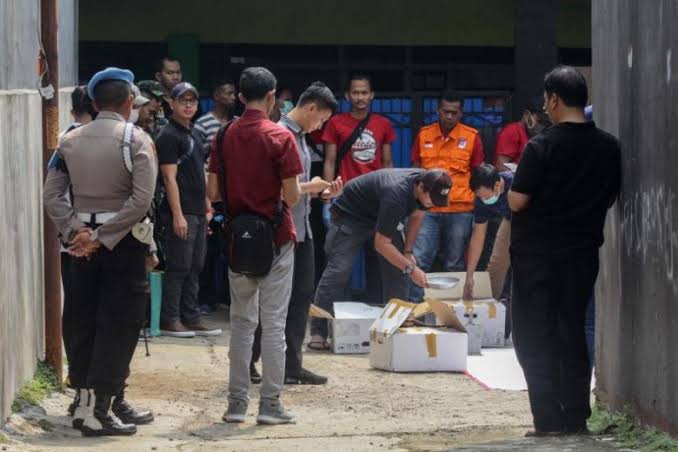 The United States embassy in Jakarta on Saturday issued a security alert, ahead of Indonesia’s election results due on Wednesday.

The US warning says some spots in the country may be bombed next week via Wi-Fi networks.

The embassy advised U.S. citizens to avoid areas where large demonstrations may occur in Jakarta and in other cities, including Surabaya in East Java and Medan in North Sumatra, in a statement that was dated Friday, May 17.

“If there is cell phone jammer, then phones are not operable but the Wi-Fi signal will not be disturb, especially when using signal amplifier,” Prasetyo said.

Indonesian authorities have said they are heightening security ahead of May 22, when the official result of April’s presidential election will be announced.

They have confiscated no less than five homemade bombs in various locations across Java and North Sulawesi.

“Some of the suspects have had paramilitary training and went to Syria as foreign fighters,’’ Iqbal said.

The police arrested EY, a local leader of JAD in Bekasi, near the capital Jakarta, on May 8 in the capital for plotting attacks during next week’s announcement of the presidential election.

The police identified the suspect only by his initials.

JAD does not have an official spokesman, and it is not known if any of the suspects have retained legal representation.

“For this group, democracy is an ideology that they do not agree with,” Iqbal said on Friday, adding that the National Police advise people not to make unnecessary trips on the day the results are announced.