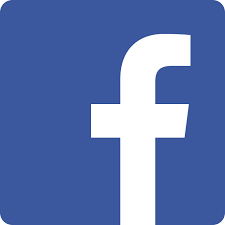 Top officials from Facebook, Google and Twitter were grilled by U.S. lawmakers on Thursday; at a virtual hearing on foreign influence and election security ahead of the Nov. 3 presidential contest.

Equally important, leaders from Facebook Inc and Twitter Inc told the House of Representatives Intelligence Committee that they had not seen evidence of coordinated foreign interference in conversations about absentee voting or about recent protests on anti-racism and policing.

However, Twitter’s director of global public policy strategy and development Nick Pickles said the company had seen a shift; from platform manipulation to public tweets from state media and government accounts.

But Democratic Representative Jim Himes pressed Facebook’s head of security policy Nathaniel Gleicher; on what the company was doing to deal with the concern that its algorithm promotes polarization.

“If every single American household is full of toxic, explosive gas, as I think it is today; all it takes is a match from Russia or from Iran or from North Korea or from China; to set off a conflagration,” said Himes.

The debate over content moderation has intensified in recent weeks.

Equally important, Twitter and Facebook have diverged on how to handle inflammatory posts by President Donald Trump; which Facebook’s Gleicher was pressed on at the hearing.

Trump, in turn, has accused social media companies of censorship and called for the government to roll back liability protections for tech platforms.

Asked about changes to this law, known as Section 230 of the Communications Decency Act, Gleicher said the company would comply with the law if Congress made changes, but that the shield it creates is essential for Facebook to do its work.

Richard Salgado, director for law enforcement and information security at Alphabet Inc’s Google, faced accusations that the company’s lack of transparency had allowed it to avoid the heat other tech firms had drawn. Salgado said Google does provide transparency reports around advertising on the platform.