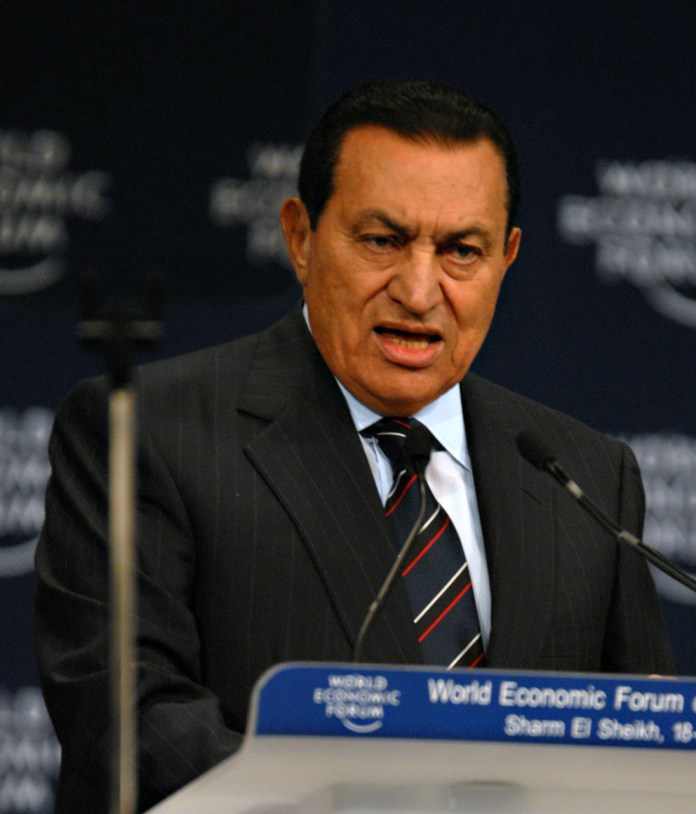 Former Egypt president, Hosni Mubarak has died at the age of 91 after a prolonged bout of sickness.

Hosni Mubarak
Mubarak was president for almost 30 years before stepping down following a revolution in 2011.
He was Egypt’s fourth president starting in 1981 until he was pushed out of the presidency in what is known as the Arab Spring revolution.