Skip to content
You are here: Home » WORLD NEWS » Coronavirus cases spike in US, but states don’t want to shut down again 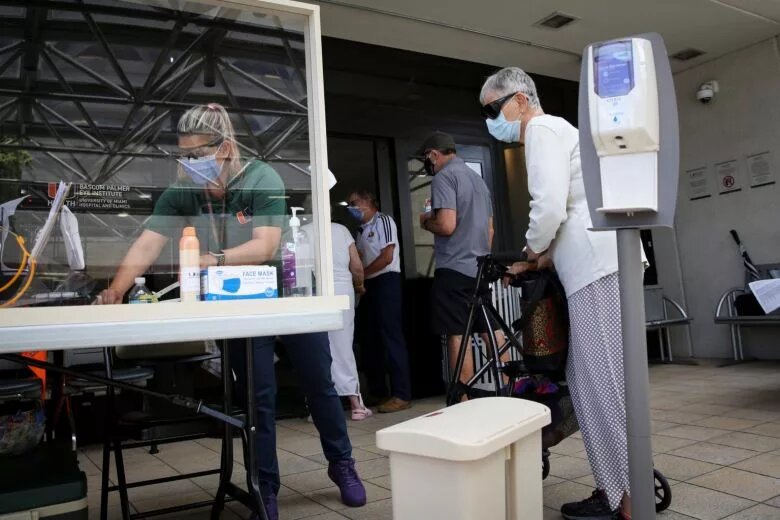 The coronavirus crisis is deepening across broad swathes of the American South and Midwest, as states including Arizona and Florida reported record spikes in their number of cases in the past week.

Many of these states were among the first to reopen their economies, which their leaders have declared will not be shut down again.

Americans are also returning to business as usual faster than the number of cases is going down, socialising with friends, dining out and shopping as restaurants and malls reopen.

These trends reflect how America as a country has made the decision, whether wilfully or through inaction, to live with the virus given the lack of political will to shutter the economy once more.

“In a number of states, leaders feel mounting political pressure to reopen and, once having started down that path, are unwilling to slow down or reverse the process of reopening, unless the hospitals are overwhelmed,” said Eurasia Group analysts in a research note.

The US now has nearly 2.3 million confirmed coronavirus cases and around 120,000 deaths, just under a quarter of the world’s total.

But 20 of America’s 50 states are seeing increases in the number of new cases a day; according to the Johns Hopkins University coronavirus tracker. Four states – Arizona; Florida; California; and Nevada – reported record single-day highs on Friday (June 19).

Arizona’s numbers held mostly steady through April and May but began spiking in June after businesses were given the go-ahead to reopen; turning it into one of America’s latest coronavirus hotspots.

The southwestern state reported a record high of 3,246 new cases on Friday; up from its previous record of 2,519 new cases on Thursday.

The surge prompted Republican governor Doug Ducey to allow local mayors to make wearing masks compulsory on Wednesday; months after other states where the virus is under control did so. Mr Ducey also ordered businesses to adhere to social distancing rules for the first time.

American Enterprise Institute senior fellow Scott Gottlieb, the former commissioner of the Food and Drug Administration, said that Arizona was entering a period of steep growth in its Covid-19 epidemic and would face challenges controlling it.

“That they were still debating masks this week; a simple, effective, albeit limited tool – should raise concerns,” Dr Gottlieb wrote on Twitter.

Florida reported an all-time high of 3,822 new cases on Friday, up from the previous day’s record of 3,207.

Some counties in Florida require their residents to wear masks; but the state’s Republican governor Ron DeSantis has so far resisted implementing a statewide rule; and said on Friday that mask-wearing should continue to be voluntary.

Earlier in the week on Tuesday, Mr DeSantis said that the state would not reintroduce restrictions; or roll back its reopening, because society had to function.

President Donald Trump similarly said in a Fox interview on Wednesday that the US would not close businesses again.

He has scheduled rallies in several battleground states where coronaviruses are spiking; including Arizona, Florida and Texas, sparking fears that the crowded indoor events will further boost the virus’ spread.

No state has shown an appetite for shuttering its economy again. And another round of shutdowns will be hard to implement, said the Eurasia Group analysts.

“Political support for reopening is surprisingly strong and unlike in the early days of the pandemic; the necessity for state-wide shutdowns, especially in more rural states; is seen as limited if viral outbreaks remain concentrated in small pockets,” they wrote.

“Many of us, frankly, are starting to see some fatigue in the community,” Duke University infectious diseases expert Cameron Wolfe told reporters at a mid-week media briefing. “It extends to mask-wearing, it extends to social-distancing fatigue. Those things have played into disease transmission.”

“Unfortunately, the phased reopening has, I suspect, encouraged a little bit of a letdown of folks’ guard. You really are seeing that steady march of increasing cases; increasing hospitalisations. We’ve got to figure out a way to turn that around,” he added.