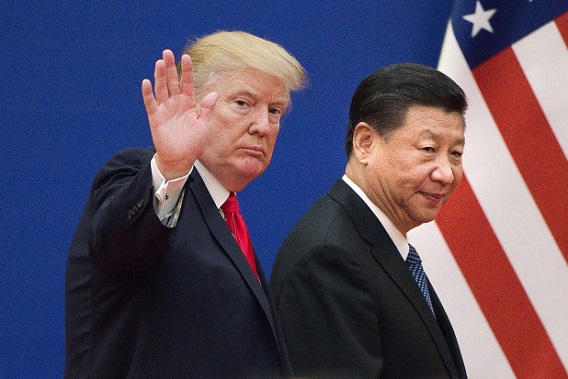 Chile scrapped plans on Wednesday to host next month’s trade summit. At the summit, President Trump was expected to meet with Chinese counterpart Xi Jinping and announce “phase one” of a trade deal between the two countries.

The Asia-Pacific Economic Cooperation summit of 20 world leaders had been scheduled for Nov. 16-17 in Santiago; but unrest has spread across the capital city over inequality. It has sparked riots and demonstrations that have left at least 18 people dead.

“This has been a very difficult decision, a decision that causes us a lot of pain; because we fully understand the importance of APEC and COP-25 for Chile and for the world.” President Sebastian Pinera said this in a statement.

“A president must always put his compatriots above all else,” he added. “Our main concern is re-establishing public order; our citizens’ safety and social peace along with pushing through a social agenda to respond to the main demands of our citizens.”

The White House acknowledged the cancellation and said it was “awaiting potential information regarding another location.”

Deputy press secretary Hogan Gidley said the administration “looks forward to finalizing Phase One of the historic trade deal with China within the same time frame.”

Trump said Monday negotiations with China were “ahead of schedule”; and suggested that he and Xi would sign an agreement during the Chile meeting.

Washington and Beijing have been engaged in a trade war that has led to the countries slapping tariffs on each other’s imports, but the Office of the US Trade Representative said both sides have “made headway on specific issues” after a recent round of talks.

Beijing announced earlier this month that it would buy up to $50 billion worth of US agricultural products if the Trump administration would back off imposing more tariffs on Oct. 15.

It wasn’t immediately clear Wednesday whether the summits would be moved to another country.

NNPC to partner with Aramco to revamp refineries