Skip to content
You are here: Home » WORLD NEWS » 21 injured as Boeing 737 skids off runway into water

21 injured as Boeing 737 skids off runway into water 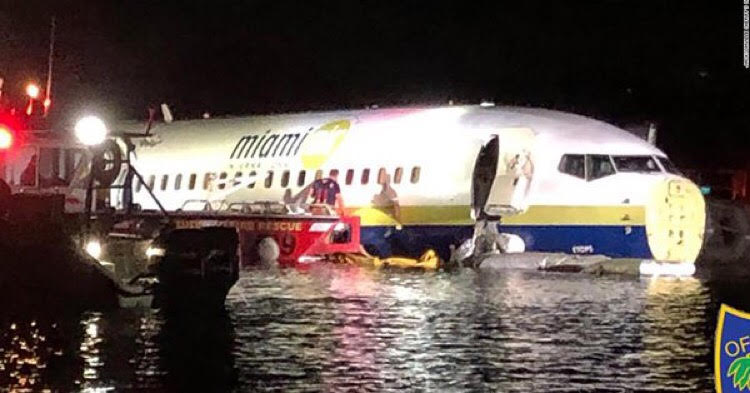 A Boeing 737 flight with 143 people on board Friday missed its runway into a shallow river in Jacksonville, Florida, injuring 21 persons.

The incident happened while it was attempting to land at a military base during a thunderstorm.

According to BBC, there were no reports of fatalities or critical injuries, as 21 persons were taken to the hospital for minor injuries.

Giving update on the incident, Jacksonville Sheriff’s Office, on Twitter said: “The plane, a chartered Boeing 737-800 arrived from Naval Station Guantanamo Bay in Cuba with 136 passengers and seven crew members, but it crashed into the St Johns River at the end of the runway at Naval Air Station Jacksonville at about 9:40 pm local time,

“The plane was not submerged. Every person is alive and accounted for.”

The sheriff’s tweet was accompanied by two photographs showing the plane, bearing the logo of Miami Air International, resting in a shallow water without damage.

Miami Air International is a chartered airline operating a fleet of the Boeing 737-800, different from the 737 MAX 8 aircraft that has been grounded following two fatal crashes involving that plane.