Rivers State Governor, Nyesom Wike has insisted that despite the disagreement with the Peoples Democratic Party (PDP), he would support the candidate of his party, Atiku Abubakar.

Governor Wike made the declaration despite the current face-off between his camp and the PDP during a live media chat with journalists on Friday at the Government House In Port Harcourt.

Asked directly which presidential candidate he feels should lead the country in 2023, Wike replied that he remains in PDP and his allegiance remains with his party and its candidate.

He pointed out that he can’t be in the PDP and be campaigning for the candidate of another political party.

He was asked directly: In 2023, who in your own opinion is the right presidential candidate that Nigerians should queue for?

In response, Wike said: “Which party am I?”

Pressed further based on the flags behind him and questioned on the probability of tilting away from his party’s choice, Wike replied: “As a Governor, there must be a Nigerian flag, there must be a party flag. There are no two party flags. There is a difference between the federal government and the APC, though APC is the head of the federal government.

“You can’t be seeing me a leader of PDP here today and you are saying which person will I support. Look, I’m still in PDP, not thinking of leaving, so that question does not arise.”

On Wednesday, 21st September, the camp of Governor Nyesom Wike of Rivers State pulled out of the Campaign Council of the Peoples Democratic Party (PDP) presidential candidate, Atiku Abubakar.

The Wike camp also vowed not to partake in Atiku’s campaign activities pending the resignation of the party’s National Chairman, Senator Iyorchia Ayu.

They announced their stand at the end of a strategic meeting held in Port Harcourt and concluded in the early hours of Wednesday.

It was gathered that the Wike Camp decided to hold the meeting following the vote of confidence passed on Ayu as the party’s national chairman by the National Executive Committee (NEC) despite their demand for his resignation.

In a resolution read by a former PDP Deputy National Chairman, Bode George, the Wike camp insisted that its members will not work with Atiku until Ayu resigns and allow an acting Chairman from the South to lead the party.

I’m Not Leaving The PDP

Governor Wike however insisted that despite the face-off, he has no plan to defect from the PDP but will remain in the party and fight for justice.

'PDP Is Zero In Your State, You're Threatening To Sanction Me' 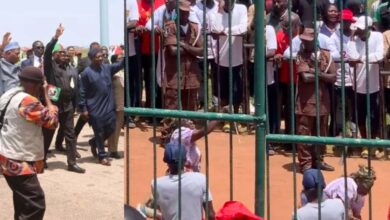 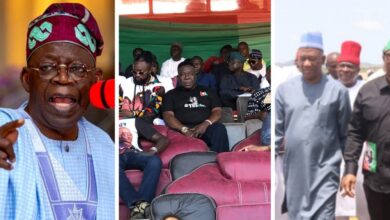 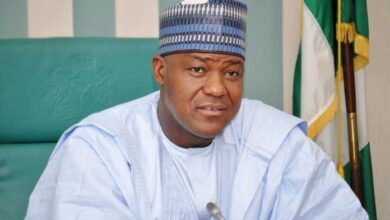 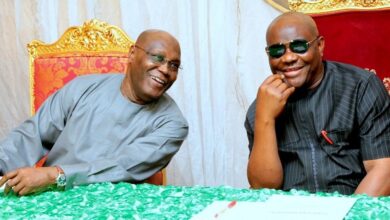