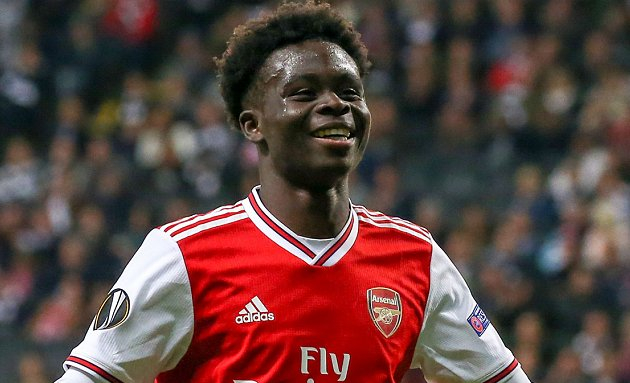 In his latest betting column, Jones Knows puts forward the case to back Bukayo Saka at 3/1 to make England’s 2021 European Championship squad.

When you think of clichés involved with the England national team, two immediately spring to mind.

It leaves the door wide open for Arsenal youngster Bukayo Saka. He is a serious talent and makes huge appeal at Sky Bet’s price of 3/1 to make the England 23-man European Championship squad in 2021.

Saka does not even turn 19 until the start of next season but he has already established himself as an important player for Mikel Arteta at Arsenal down the left. Before the suspension of the season, Saka had started nine of the last 10 matches in all competitions, answering the call for a left-back in tremendous fashion while Sead Kolasinac and Kieran Tierney were on the treatment table. They will do well to get their spots back now.

Saka’s career progression is mirroring that of Liverpool’s Trent Alexander-Arnold, whose attacking quality has been utilised from full-back while also possessing the learning capacity to improve in his defensive work. Alexander-Arnold, like Saka, played mostly as a winger when progressing through the youth ranks but was switched to the deeper role when given first-team opportunities by Jurgen Klopp.

It’s Saka’s quality in the final third that has got pulses racing about his true potential.

One of the key jobs of the modern-day full-back is to provide a creative outlet from their area of the pitch – it’s Liverpool’s biggest weapon. Crosses cannot fly into the stand and key passes cannot be wasted in such a system. Saka has already shown in his time in the Arsenal first team he has the culture and the guile with his delivery to produce game-changing moments in matches.

His cheeky nutmeg on Newcastle’s Valentino Lazaro and precise cross for Nicholas Pepe in the 4-0 victory over the Toon on a Super Sunday showcased to the watching world what Saka was all about.

That is one of nine assists he has racked up across all competitions. That’s more than Mesut Ozil, Wilfried Zaha and Paul Pogba have managed this season combined. His data puts him top of the shop when it comes to English left-back assist makers this season – as seen from the below two graphics.