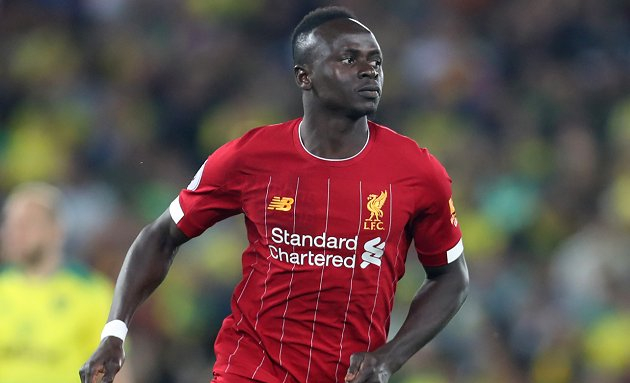 With Liverpool poised to break a 30-year league title drought, Mane has been instrumental for the Reds, scoring 14 goals and providing nine assists in 27 Premier League appearances, which he has marked with match-winning impact on a number of occasions.

Salah has also been outstanding, having found the back of the net 16 times in league games, with six assists to his name in 26 matches, with the Egyptian and the Senegalese forwards both playing key roles Jurgen Klopp’s title-chasing side.

Although Arsenal and Gabon captain Pierre Emerick Aubameyang is currently the second on the Premier League top goal-scorer list with 17 strikes and one assist, Vega has singled out Mane for praise, while also acknowledging Salah’s exploits.

“Sadio Mane without a doubt,” Vega told Goal when asked about the continent’s best player at the moment.

“I think he deserves to be nominated because he is going to potentially win for Liverpool the league [title] this season. And of course his great friend Mohamed Salah as well, I think between both of them this year especially one to be impressed about African players.

“And also great export for African football to be honest. We know Africa has great players but these two, of course, showing again that the quality is there and they can do it in big teams like Liverpool.

“So I will select these two in terms of my, let’s say, favourite African players at the moment this season.”

Salah was an unused substitute against Everton due to injury but is expected to be back against Palace and returning with a top performance could set the tone for a glorious finish to the season.

“[Mo] trained yesterday [Monday] completely normal, he will train today completely normal, I would guess and then he is available. What I make with the line-up, you have to wait until tomorrow [Wednesday],” Klopp told the club website ahead of the Palace fixture.