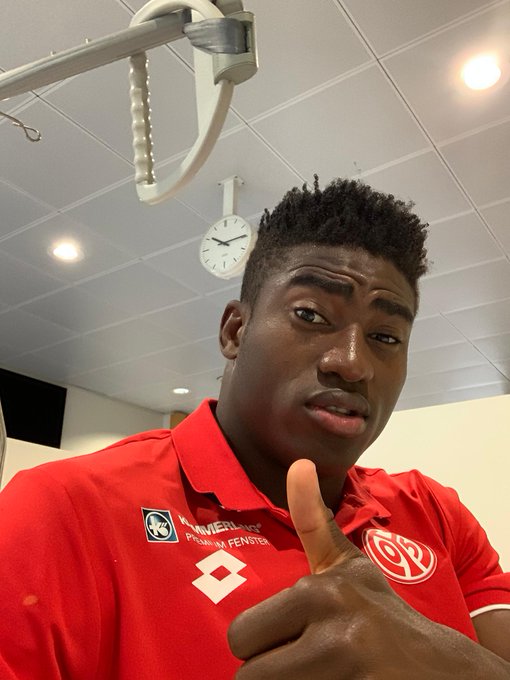 Former Super Eagles player, Nduka Ugbade, has tipped the Mainz 05, top striker Taiwo Awoniyi to be in the Nigerian squad for Qatar 2022 W/Cup after a brilliant post COVID19 performance.

Awoniyi became the first Nigerian player post-COVID-19 to have scored a goal for their club in a competitive game.

The 22-year-old recently collided with Augsburg defender Felix Uduokhai and was carried off the pitch on a stretcher.

Speaking exclusively with brila.net, the former U17 assistant coach says ”If Kelechi Iheanacho can play the last world cup, Taiwo Awoniyi should be able to play the next one as well,”

“A lot of others too, Nigeria at this point have a lot of young players in the game, most of them will be totally matured and very strong enough going into the next world cup,” Ugbade said.

Awoniyi, who has scored one goal in 12 league appearances for Mainz this season, has never played for Liverpool and has also had loan spells at Frankfurt, NEC Nijmegen, Excelsior Mouscron and Gent.