Despite Aaron Wan-Bissaka’s resurgance it seems Ten Hag remains keen to strengthen his options at right-back.

Inter Milan’s Denzel Dumfries has emerged as a cut-price opton, according to Calcio Mercato.

They even suggest talks have been held with the star after an impressive World Cup with the Netherlands. 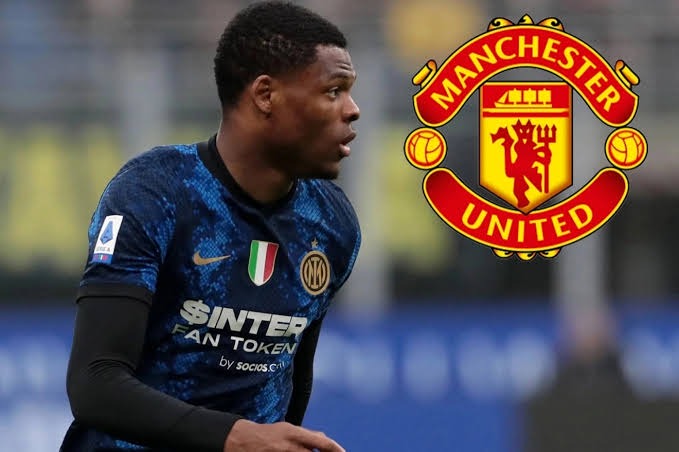 Desperate to bolster their squad in a bid to avoid relegation from the Premier League, Everton are preparing an approach for Atalanta striker Duvan Zapata, according to Fabrizio Romano.

The Serie A outfit are open to letting the Colombian leave the club, but would only consider a permanent deal.

Fulham remain in talks with the representatives of Arsenal right-back Cedric Soares.

The discussions are over personal terms after Arsenal gave the right-back permission to speak to their London rivals.

Cedric – who has 18 months left on his contract – has been a long-term target for Fulham, who will try to seal the deal with Arsenal if they can agree terms with the 31-year-old.

Lyon are hoping to beat Wolves to the signing of Brazilian youngster Joao Gomes, according to Santi Aouna ( Get French Football ).

The French club have reportedly bid €18m plus add-ons for the 21-year-old, more than Wolves’ offer.

Gomes has been linked with a move to Europe after impressing for Flamengo, helping them win the 2022 Copa Libertadores.

Morton have been rejected a work permit in their bid to sign Nadir Ciftci.

Ton had an agreement in place with the former Dundee Utd and Celtic striker, only to be scuppered by the SFA.

It’s reported by the Scottish Sun that Cappielow chiefs have been left fuming by the rejection.

We are pleased to announce that striker Eilidh Adams has penned a new deal with Hibernian FC Women!

Eilidh is a lifelong Hibee and has already made over 50 appearances for her childhood club. Although her natural position is a striker, Eilidh is a very versatile player and can play across the frontline.

Midfielder Rocco Reitz will rejoin Sint-Truiden on loan for the remainder of the season. The 20-year-old previously spent 2021/22 on loan at the Belgian first-tier side in order to see more playing time.