Arsenal have stolen a march on Chelsea in the pursuit of England midfielder Declan Rice, according to fresh reports.

According to The Times, Arsenal have identified Rice as their primary summer target. The 24-year-old would likely set them back £75m – down from the £100m+ wanted by West Ham boss Moyes during previous windows. 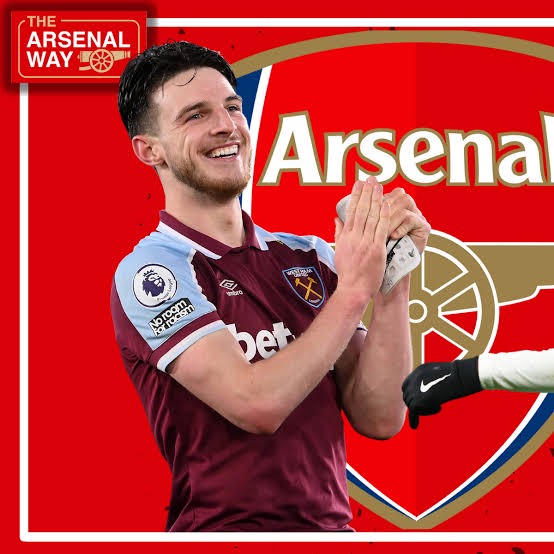 Leicester holding out for Gonzalez

Leicester are holding out for Fiorentina winger Nico Gonzalez despite being told he is not for sale.

City have already hit a brick wall over some of their other transfer targets, with Dango Ouattara set to join Bournemouth for £20million from Lorient.

But they remain keen on Argentine ace Gonzalez,24, who has impressed in Serie A since joining from Bundesliga outfit Stuttgart in 2021.

Newcastle United have decided to extend Loris Karius’ stay at the club despite his short-term contract running out, so that Karl Darlow can leave on loan, according to the Daily Mail.

Karius signed as cover with Martin Dubravka on loan at Manchester United for the season, but he has since returned to the North East which left their goalkeeper department rather full.

Southampton are working towards a permanent deal for Villarreal forward Nicolas Jackson, according to The Athletic.

Villarreal are holding firm in their €20m (£17.7m) valuation of the 21-year-old, but Southampton are now getting closer to an agreement with the LaLiga club, having previously been in talks over a six-month loan deal with an option to buy.

The agent of Giorgos Giakoumakis is arriving in Glasgow this week to finalise the striker’s Celtic exit.

Giakoumakis is wanted by Urawa Red Diamonds and it’s believed Parkhead chiefs have accepted an offer in the region of £3million from the Japanese club. However, the 28-year-old is mulling over other options, with MLS outfit Atlanta United reportedly seeking an agreement.

Football Scotland can also exclusively reveal Sampdoria of Serie A have had an offer rejected by the Hoops.

Baggies defender Zac Ashworth has joined Sky Bet League One side Burton Albion on loan for the remainder of the 2022/23 campaign.

Ashworth, a product of the club’s academy, has made six senior appearances for Albion and recently featured in the Emirates FA Cup third-round tie at Chesterfield.

Former Wolves and Sheffield United star Clarke, 37, has netted 154 goals in 523 games in over 20 years in English football.

He has played for 22 clubs in that time but is currently a free agent after leaving Bristol Rovers.

Let anyone act funny, and we will let them know we are from Rivers State – Nyesom Wike