Jakub Kiwior joins Arsenal on permanent deal from Spezia until 2028!

Mikel Arteta: “It’s great that Kiwior is joining us. He’s young versatile defender who has shown huge potential and qualities, he will give us strength and quality to our defensive unit”. 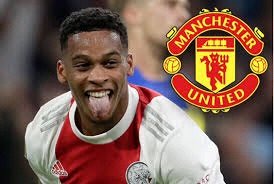 The journalist claimed, “It’s definitely got to be a possibility. You look at the Lindelöf and Maguire situations. It’s pretty likely one of those two leaves, at least.”

According to reports, Chelsea target, Anthony Gordon prefers a move to Newcastle United. The winger has been linked with a move to St James’ Park and we are told he is keen to play under Eddie Howe.