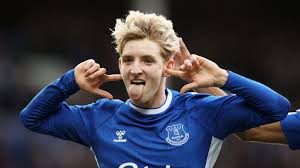 According to a report from The Daily Mail, Chelsea are going to revive their interest in Everton winger Anthony Gordon, whom they failed to sign last summer.

The 21-year-old is valued around £60 million by the Toffees and is likely to leave Goodison park this month, with Newcastle launching a bid last week.

The Blues want to further strengthen their forward line after the recent acquisitions of Mykhaylo Mudryk and Joao Felix, and believe they can take advantage of Everton’s financial crisis. 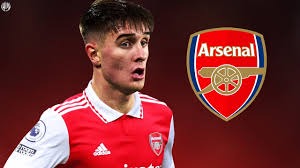 Arsenal are “leading the race” to sign Iván Fresneda from Real Valladolid.

That’s according to Di Marzio, who claim that the Gunners have moved to the top of the queue to sign the right-back, with Tottenham also still linked with the player.

According to Spanish publication SPORT, Barcelona is plotting a swoop of Spanish forward Marco Asensio from arch-rivals Real Madrid.

The Los Blancos winger has fallen out of favor at Madrid and Xavi wants him to bring in into the Spotify Camp Nou to bolster his forward battery.

The Blaugrana have contacted Asensio’s agent to accelerate the signing of the first Real Madrid player in 27 years.

According to Relevo journalist Matteo Moretto, Leeds want to reinforce their midfield with new signings, and are exploring the possibility of signing Juventus midfielder Weston McKennie.

The Premier League outfit also made an opening bid for Moroccan midfielder Azzedine Ounahi weeks ago, but could probably have a better chance at swooping McKennie considering he is not among the regulars at Juve.

Newcastle have rejected Nottingham Forest’s approach to sign Allan Saint-Maximim, as per the Telegraph.

Forest’s talks with Newcastle over the deal for Chris Wood included an ambitious enquiry for Saint-Maximin. While the Frenchman has friends in the Forest squad, Newcastle do not want him to leave as they are competing for silverware and a place in the Premier League top four.