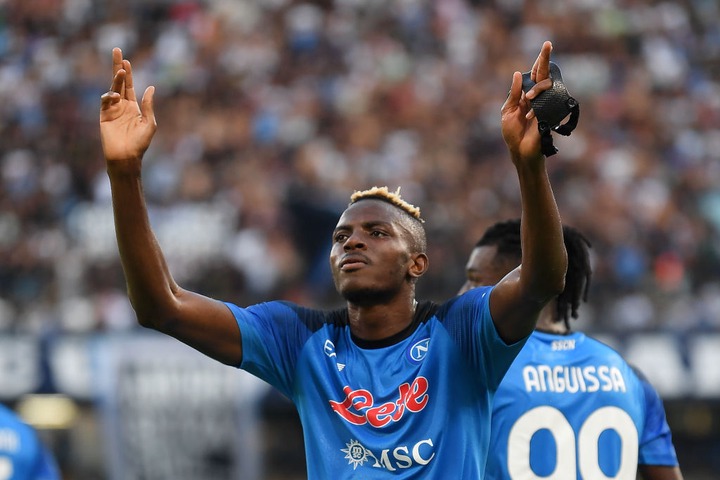 Nigeria national team star Victor Osimhen is among the three players with fewest minutes per goal in Europe’s top five leagues this season, following his outstanding goal scoring form for Napoli football club of Italy in the Italian Serie A.

The former LOSC Lille football club star has been superb for Napoli football club since the beginning of the season and he was able to impress again in their last League game against Juventus football club where he scored a brace and also provided an assist. 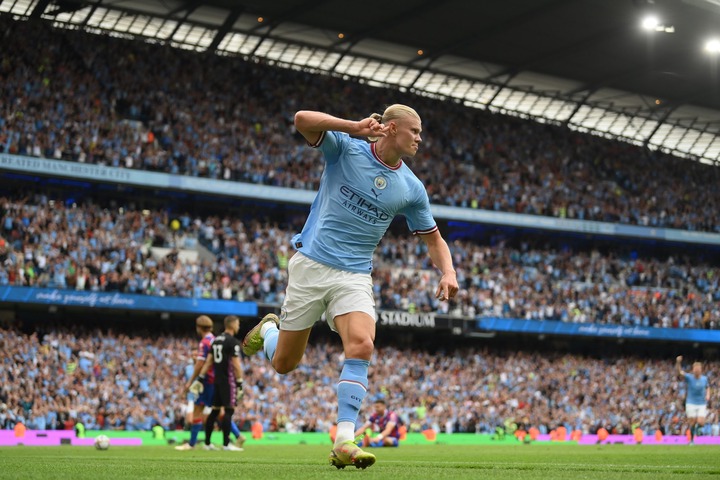 Norway national team star Erling Braut Haaland has also been impressive for Manchester City football club since joining them from German Bundesliga giants Borussia Dortmund football club, and he has been scoring goals for fun for the club

The youngster has already scored the total number of 21 League goals for Manchester City football club and he is currently the highest goal scorer in Europe’s top five Leagues. 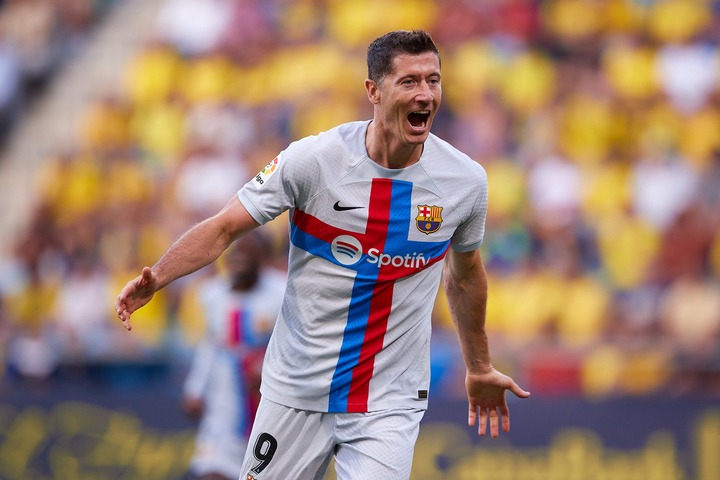 Robert Lewandowski has scored the total number of 13 goals in the Spanish Laliga Santander this season and he is currently the highest goal scorer in the league. Here are the three players with fewest minutes per goal in Europe’s Top 5 Leagues this season: 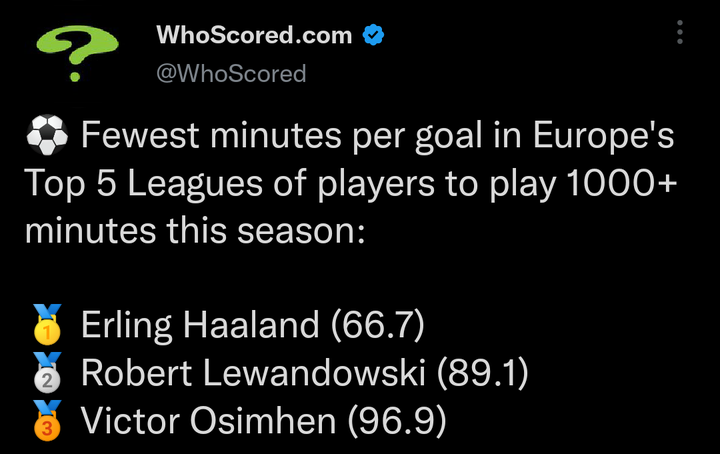 Let Us Try Muslim-Muslim Ticket Too, If They Don't Perform After 4 Years Kick Them Out - Remi Tinubu