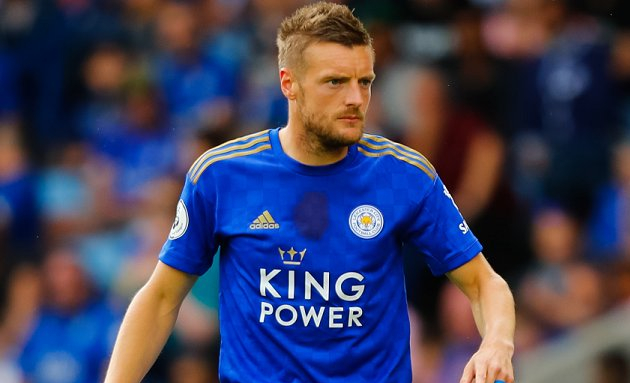 Brendan Rodgers has backed Jamie Vardy to recapture his goalscoring form and keep Leicester City in the top-four.

Leicester have scored just one goal in three games since the Premier League resumed last month, leaving them one point ahead of Chelsea, who they lost to in the FA Cup semi-final on Sunday.

Vardy, the league’s top goalscorer with 19, hasn’t netted in those three games, but Rodgers is expecting a return to form.

“There’s lots of focus on Jamie, but this is not just about Jamie, this is the responsibility of the team and it’s my responsibility to find ways in which we can find ways to increase our goalscoring,” he told a news conference.

“It’s the responsibility of everyone. I think if you look at his record in terms of his goals and what he has done up until this point, he hasn’t needed a lot of action, he’s a true finisher.

“He is not one of those players who is involved in the link-up, in the game. That’s not his strength. His strength is in the box and running from deep in behind.

“Of course we want to get him more service, but we are looking at ways to develop and get our wingers back to being involved and scoring and creating goals, and of course our midfield players.

“A lot of spotlight [is] on Jamie, but it is not just the striker, it’s the team’s contribution. So that’s something we need to improve.”