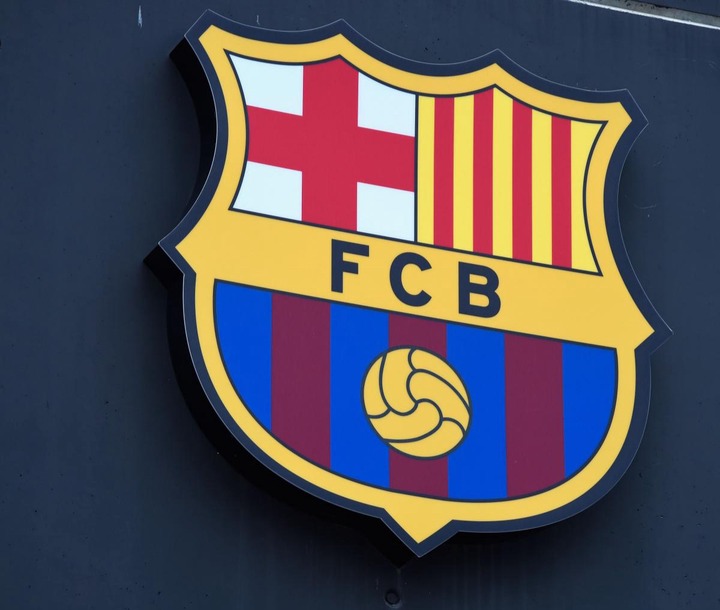 After defeating Real Madrid to win the Spanish Super Cup, Barcelona football club will most definitely remain keen on winning the Spanish LaLiga trophy this season as well.

Do remember that the Camp Nou side have enjoyed an interesting 2022/2023 football season so far and are currently occupying the first position on Spanish LaLiga table.

But despite their good run of form so far this season, Barcelona football club are hellbent on reshuffling their current squad before the end of the ongoing January transfer window. 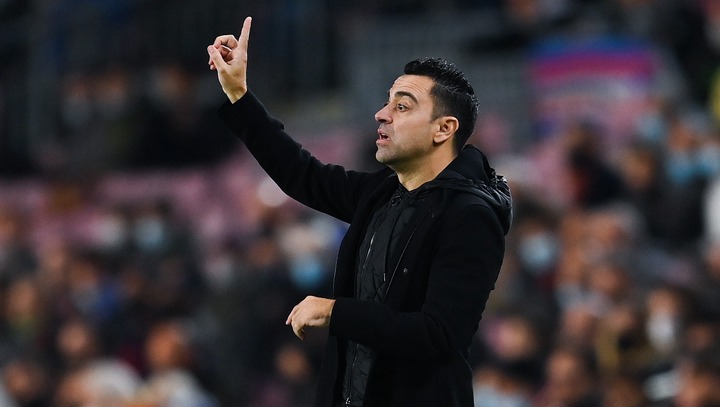 And if reports are anything to go by, then experienced centre-forward Memphis Depay could be on his way out of Barcelona football club before the window closes.

The 28-year-old Netherlands International, who departed Ligue 1 side Lyon to join Barcelona back in 2021 has been in and out of the first-team squad over the past seasons.

The experienced striker has been sparingly involved for Barcelona football club so far this 2022/2023 football season, scoring four goals and providing one assist in 8 appearances in all competitions.

His performances is believed to have caught the attention of Atletico Madrid and according to reports from popular transfer expert Fabrizio Romano his verified Twitter page, the LaLiga side are keen on signing him. 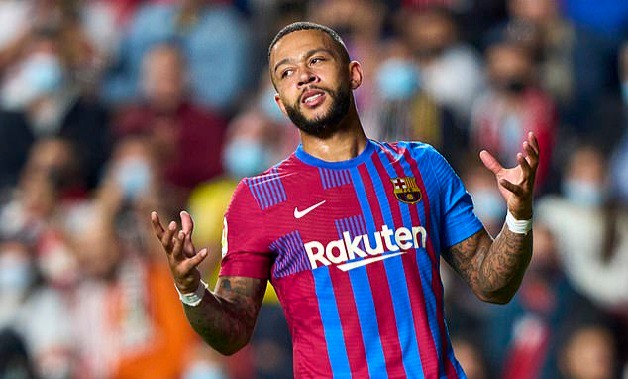 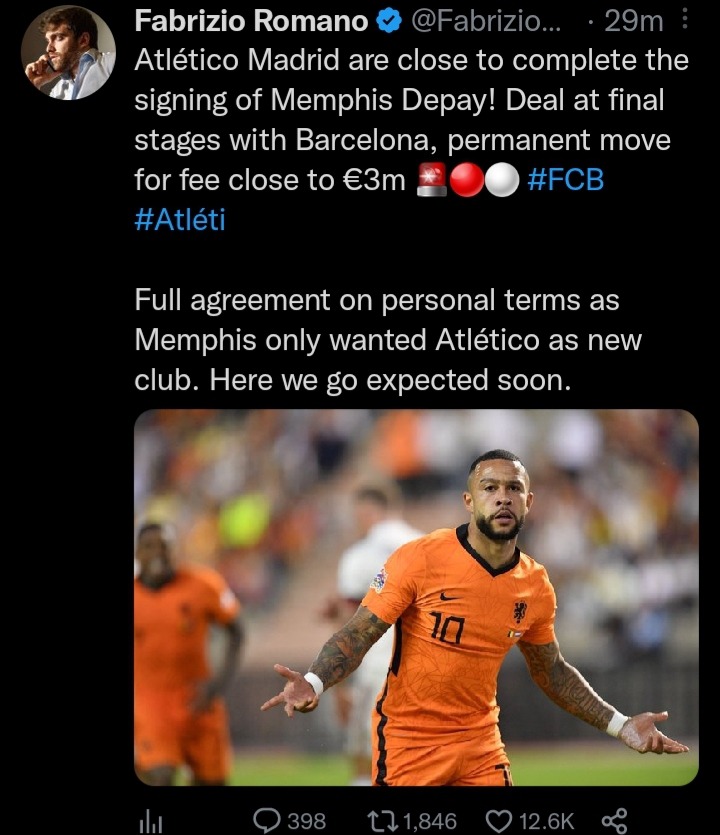 The reports further claimed that Atletico Madrid are really interested in Memphis Depay and have now submitted a bid worth up to €3milliom to lure him away from Barcelona.

It is believed that Atletico Madrid are in need of more attacking options following the departure of Joao Felix to Chelsea and the LaLiga side have now chosen to sign Memphis Depay.

If signed, the experienced Memphis Depay will aim to hit the ground running at Atletico Madrid so as to help his new club secure a top four finish on the Spanish LaLiga table this season.

I Wanted To Work With LP, But It Was Under Serious Media Hype & They Couldn’t See Reason – Kwankwaso