Erik ten Hag’s men have one foot in the finals of this Season’s Carabao Cup after beating Nottingham Forest 3-0 in the first leg of their EFL Cup Semifinal at the City Ground on Wednesday night. 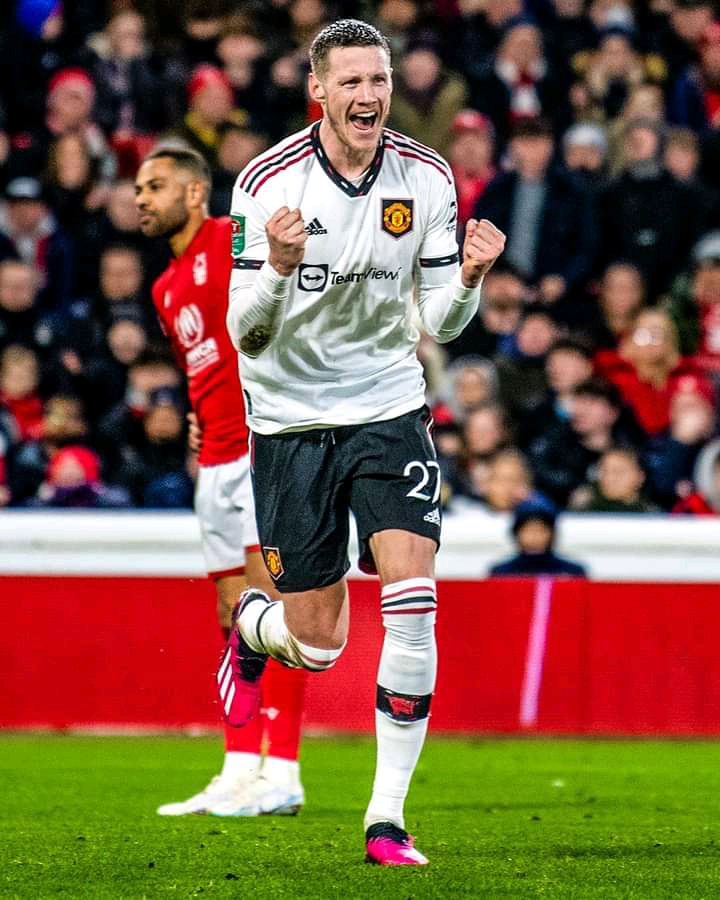 Manchester United new signing, Weghorst added to an early opener from Marcus Rashford before Manchester United captain, Bruno Fernandes scored the final goal in the closing stages of the game, as the Red devils secured a 3 goal success over Nottingham Forest at the City Ground. 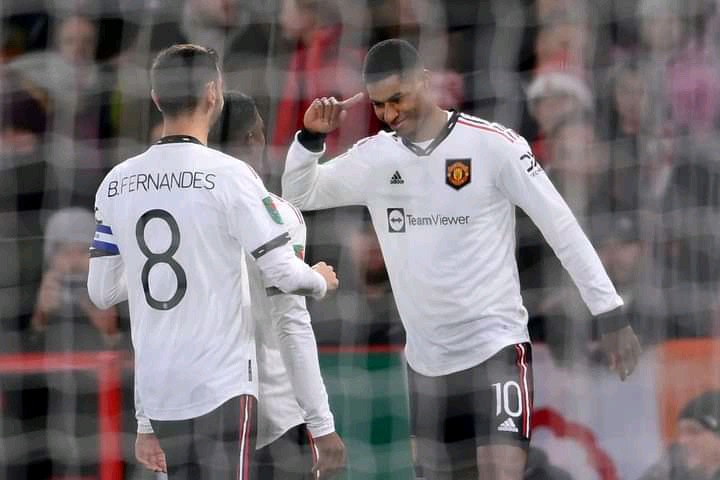 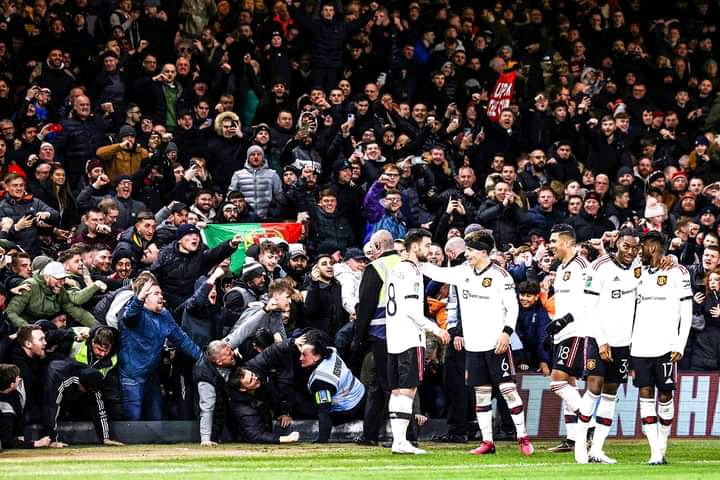 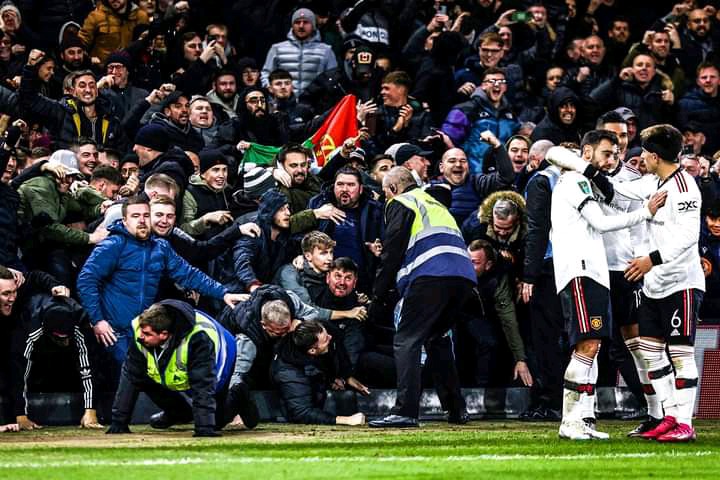 Seeing the advertising boards collapsed after Bruno Fernandes third goal at the City Ground Stadium on Wednesday night, has attracted reactions from football fans and social media users, as some have said it was caused by happiness,while some have claimed the goal was heavy.

Here are some screenshots of reactions from football fans and social media users: 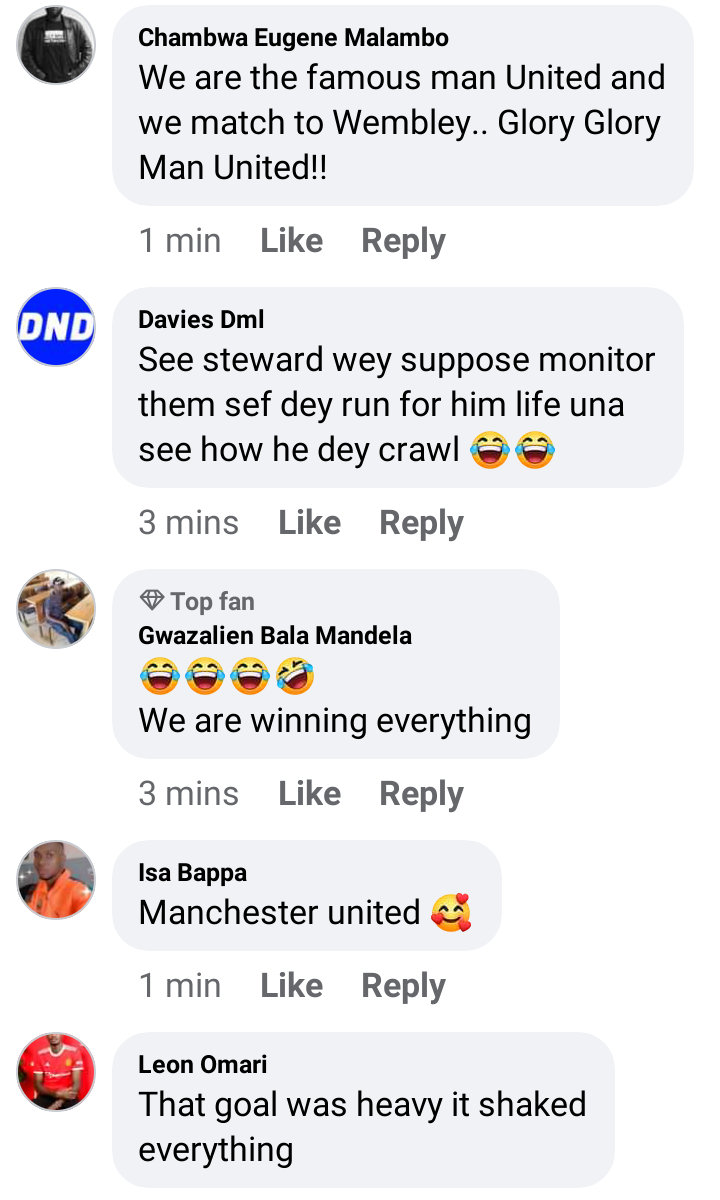 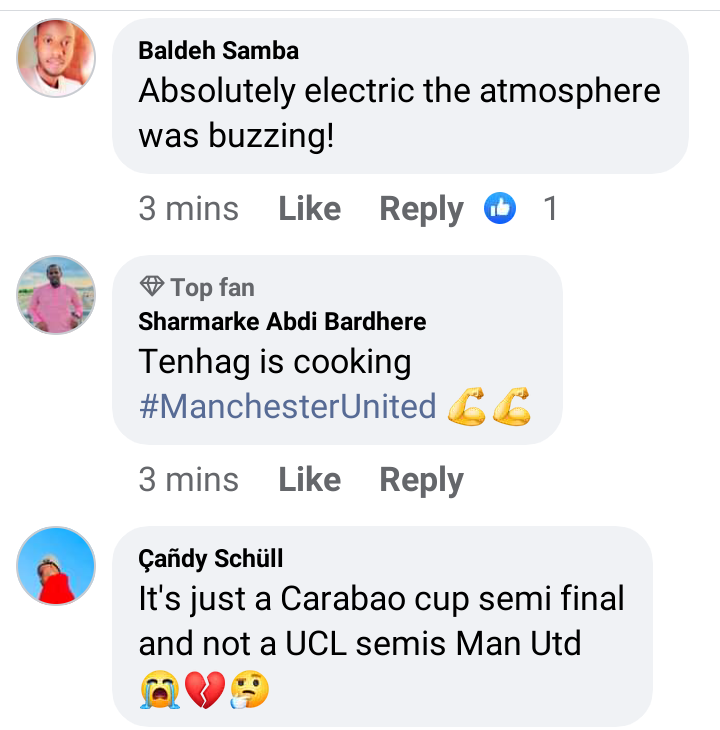 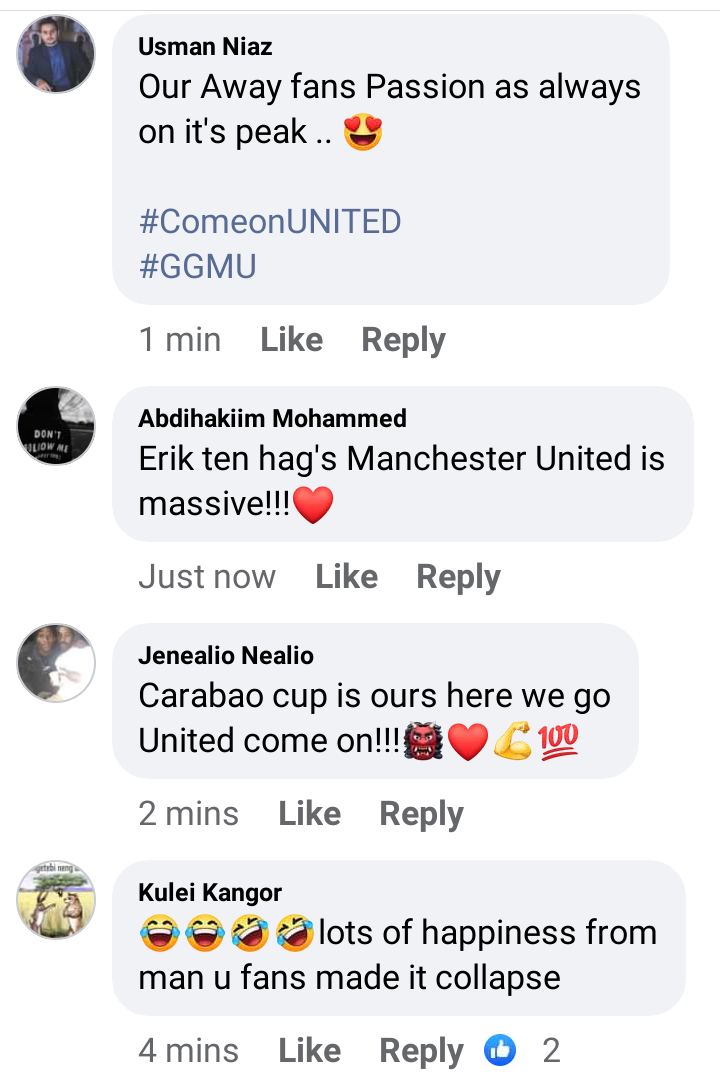 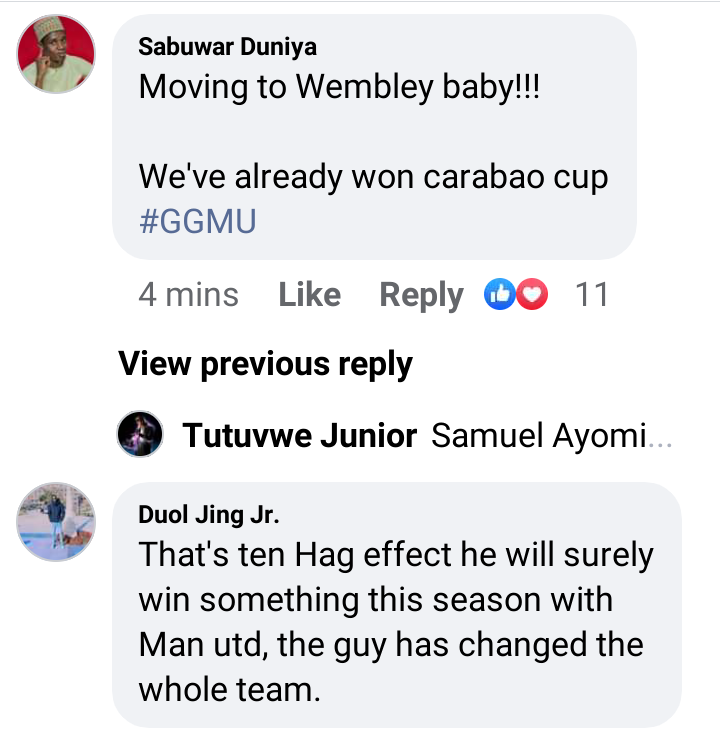 Video: “All your achievement in life is kissing several ladies on set”- Mike Bamiloye takes a swipe at Nollywood actors