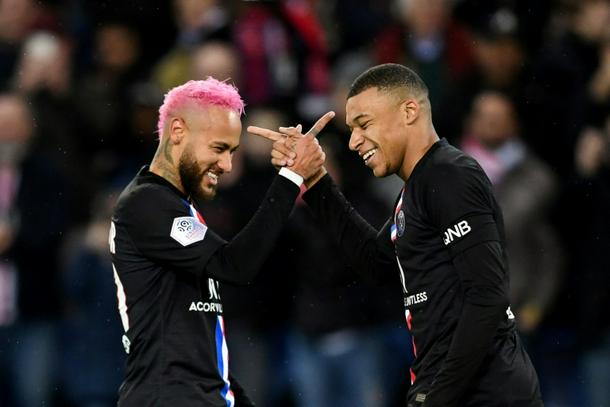 Paris Saint-Germain sporting director Leonardo has affirmed his intention to tie Kylian Mbappe and Neymar down to the club on a long-term basis.

While both attackers have been linked with moves away in recent months, Mbappe to Liverpool and Real Madrid, and Neymar with a switch to either Los Blancos or Barcelona, the Ligue 1 champions are not planning for life without their star duo.

Nevertheless, if they fail to negotiate contract extensions with the pair, whose deals are up in 2022, they may be forced into difficult decisions next summer and that is not something that Leonardo wishes to consider.

“They both still have two years left on their contracts and we’re thinking about what we can do next with them. We want to move forward.

“Mbappe is the future of PSG. This is what everyone wants. The ideal scenario would be for him to extend his contract. He’s already among the best five players in the word. Lionel Messi and Cristiano Ronaldo are 32 and 35, Neymar and Mbappe are 28 and 21 and they are with us.

“There’s no need to overthink it. We have to take advantage of having them because they’re something huge. We have to find a solution to continue together.”

Leonardo, meanwhile, says Neymar has put last summer, when he wanted to join Barcelona, behind him.

“We’ve not talked about it anymore,” he said. “He’s been very happy, he’s had a great season and he’s been very involved with the3 squad.”

Leonardo, who indicated that PSG will have a “summer of transition without any bling-bling transfers”, also confirmed that record scorer Edinson Cavani will leave the club in the summer, when his contract expires, with long-time servant Thiago Silva and right-back Thomas Meunier also departing on free transfers.CIES – PSG superstar Kylian Mbappe rated at €259m

Although the Ligue 1 season was aborted early due to the coronavirus pandemic, PSG are set to complete their two domestic cup campaigns, in which they will face Lyon (in the Coupe de la Ligue) and Rennes (in the Coupe de France) finals, while their Champions League quest is expected to be concluded in August.