Yesterday in the English Premier League, Manchester United paid a visit to Crystal Palace at the Selhurst Park as they look to maintain their winning run following a victory against Manchester City in their previous league game.

A win for the away team would see them overtake Manchester City and close the gap on Arsenal in their chase for the title race.

Crystal Palace on the other hand, were hoping to get back into winning ways following a disappointing defeat against Chelsea last weekend. 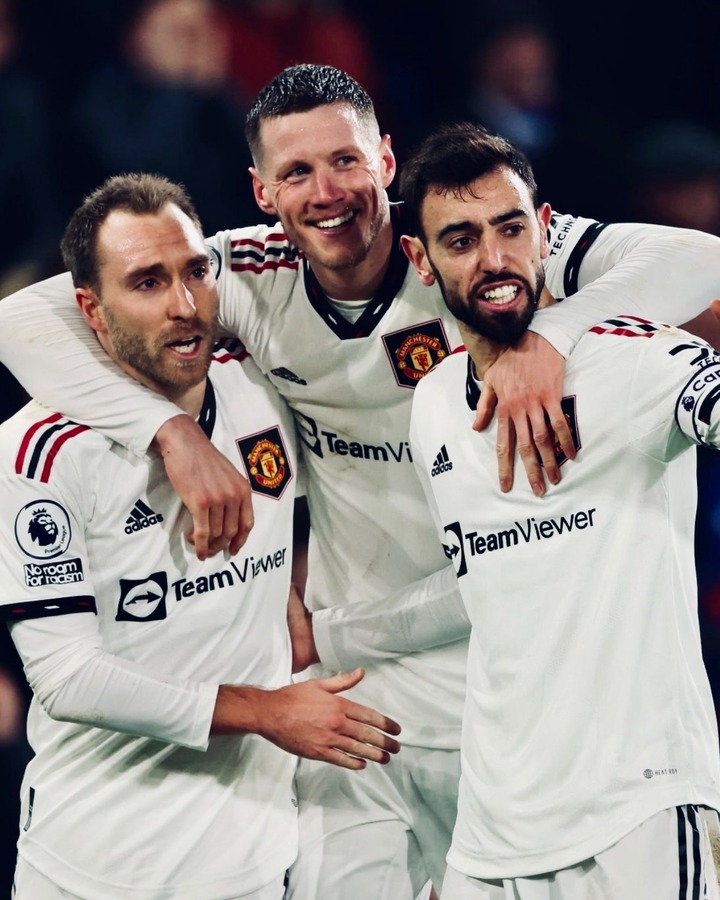 Unfortunately for the home team, Manchester United got the opening goal of the game with Bruno Fernandes finding the back of the net at the 43rd minute to end the first half 0-1 in favour of the away team.

At the dime minutes of the second half, Olise put the ball past the Manchester United goalkeeper to bring the home team back into the game. The game eventually ended in a 1-1 draw which saw both sides settle for a point each.

Meanwhile, this is how the premier league table looks like following this result. 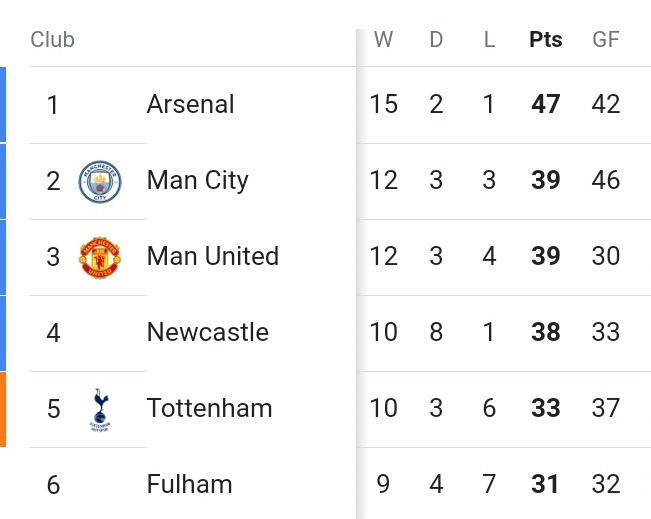