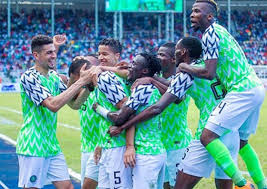 Former Ivory Coast midfielder, Yaya Toure, has said the current Nigeria squad has a bright future and can rule the continent again.

Toure believed the emergence of new stars like Wilfred Ndidi, Victor Osimhen, Simon Moses will help the three-time African champions retain their place among the best countries in Africa.

“Nigeria has some interesting players coming through like Moses Simon, Victor Osimhen, Wilfred Ndidi, and many more. They have always been a force in Africa and the talents coming through will make them better in the future”. He said.

Toure concluded that African teams can dominate the world if proper structures are put in place to help the team achieve success.

Toure is regarded as one of the best midfield players of his generation, he played for and won titles with European clubs like Barcelona, Manchester City, and Olympiakos.

He also won the African cup of Nations with the Elephants of Cote D’Ivore before his retirement from the National team.