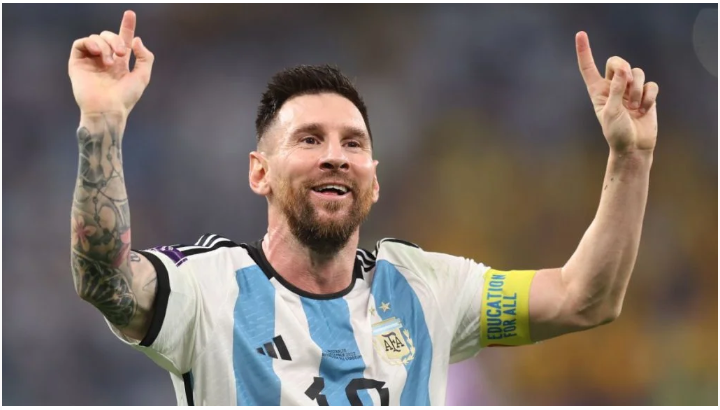 Lionel Messi has surpassed Cristiano Ronaldo as the World Soccer Player of the Year, having been named by Argentina.

The Argentine had a memorable 2022 when his country won the FIFA World Cup for the first time.

He was voted the World Cup’s top player after tallying seven goals during the competition. In seven games, he added three assists.

In addition to winning the Ligue 1 championship, Messi made 21 appearances this season and registered 13 goals and 14 assists.

The decision to choose the former Barcelona star over Karim Benzema as the magazine’s Player of the Year was explained by World Soccer’s Jamie Evans, “The World Cup remains the sport’s pinnacle, where legends are written and legacies are defined,” he said. “Messi’s name will be forever associated with 2022, just as Pele is with 1970, Maradona with 1986, and Zinedine Zidane with 1998.”

Najaatu Said Jagaban Can’t Hold A Cup Of Tea, May Be The Water Was Too Hot - Shehu Sani