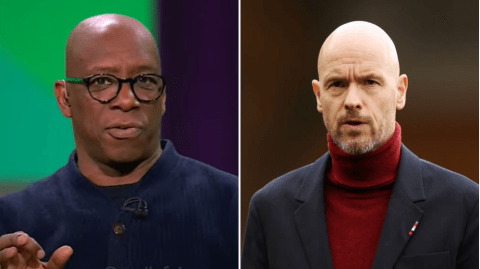 Ian wright has laid complaint and questioned Manchester United £83 summer signing Anthony and said that he would have been dropped to the bench for teammate Alejandro Gernacho at the Emirates.

The Brazilian forward Anthony who was bought for a big money transfer last summer has failed to impress as he has flattered to deceive. He performed badly at the emirates before being replaced by a fellow Brazilian Fred in the second half.

Anthony has been criticized on several occasions due to his style of play, as he always wants to dribble and take on defenders, but occasionally he would be dribbling air, slowing down attack most times and was labeled a YouTube player who plays to entertain the fans rather than score goals. 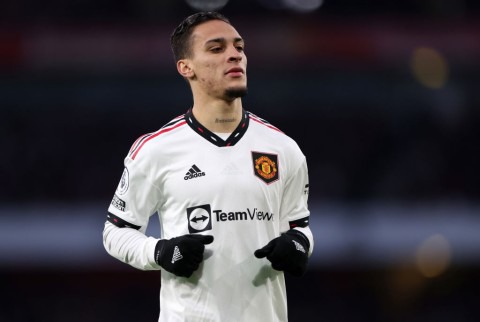 However he started with potential at united as he scored a superb goal in his debut against arsenal at old Trafford but was unable to replicate that at the Emirates.

Speaking after the match at the Emirates, British pundit Isa wright attacked him and said he would have preferred Gernacho ahead of Anthony that he’s yet to be at the peak Manchester United wants him to be

Video: I dreamt that some women attacked you and cut off your pen!s- Charly Boy forewarns Apostle Suleman

How The Future Of A Country Is Determined By Your Vote