The manager Erik Ten Hag stated that Jadon Sancho is back in training but not available as he continues to build on his fitness. Diogo Dalot is yet to be back after he was injured in their Carabao Cup clash with Charlton Athletic.

Anthony Martial has also been ruled out as he is yet to be back in training after he was substituted in their 2-1 Manchester Derby victory at Old Trafford.

However, Jack Butland will be eligible for the clash and could likely make his Manchester United’s debut after completing loan move from Crystal Palace. 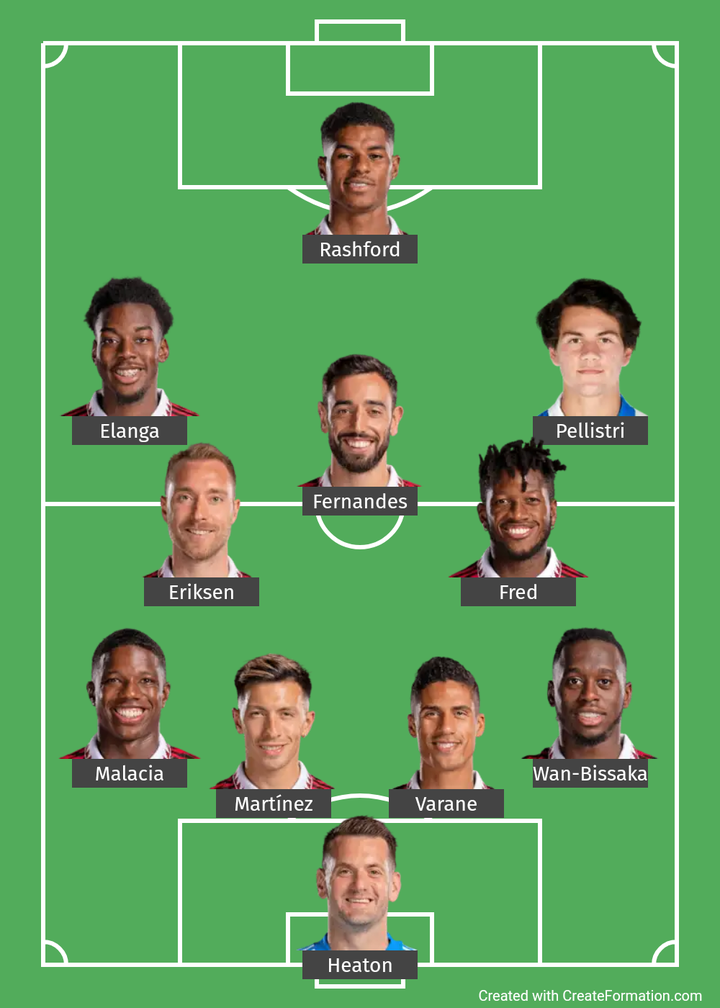 What do you think about this lineup? Please share your thoughts.

2023: I Dare Tinubu, Obi And Atiku To Run A Marathon Race With Me In Lagos—Omoyele Sowore