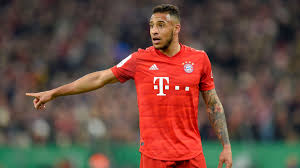 Inter Milan are battling Manchester United for the signature of Corentin Tolisso.

Bayern Munich are willing to sell the World Cup winning midfielder this summer.

The German giants are trying to build their summer war chest and would part with Tolisso for £31m.

And the Daily Mail says United have begun talks with Tolisso’s representatives over a potential move.

The Premier League giants are searching for alternatives in case they are priced out of a deal for Aston Villa skipper Jack Grealish.

However, they will not be alone as Inter are also lining up Tolisso.

A silky central midfielder, the 25-year-old has struggled for playing time in Munich after suffering a cruciate ligament injury at the beginning of the 2018/19 season.

Kemi Olunloyo Reveals: Chioma Has Moved Out Of Davido’s House