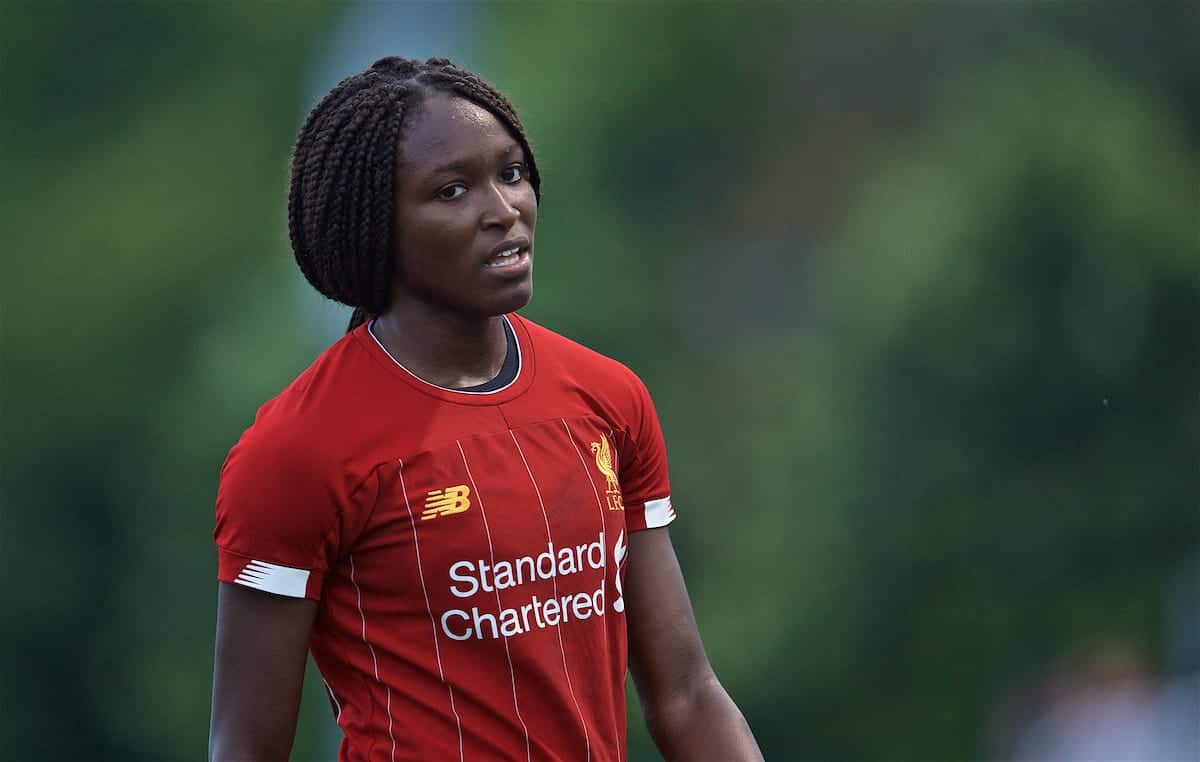 Liverpool has extended Rinsola Babajide’s contract for another two years.

Liverpool signed Rinsola Babajide from Watford in 2018 and she has continued to develop her game ever since.

Rinsola finished the current campaign as Liverpool’s best players, scoring eight goals to finish as the Kops top scorer and was named the club’s Player of the Month award in January.

“Happy to extend my contract with @LiverpoolFCW and continue our journey, ready to fight to put things right & can’t wait to get back to work with the team & play in front of our amazing supporters.” the exciting attacker said in a social media post.

The 2019 /2020 English Women’s Super Football campaign ended bitterly for Rinsola and her Liverpool teammates as they were relegated to Championship, following the decision of the English FA to conclude the season with few matches left unplayed.

Internationally, Rinsola has represented England at U21 level but is still eligible to represent the Super Falcons.