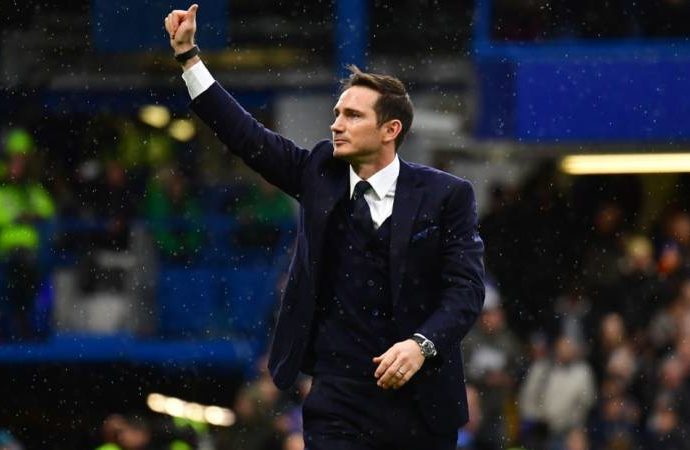 Former Chelsea midfielder, Frank Lampard, has described reports linking him with a return to the club as Maurizio Sarri’s successor, as an “easy link”.

Lampard will hold crucial talks with Derby County owner, Mel Morris, after Monday’s Championship play-off final against Aston Villa, but his own position as manager is also likely to be high on the agenda.

Ahead of the game, the former England international insisted his focus is on the Villa match and feels it is the wrong time to speak about returning to Stamford Bridge when he spent 13 years.

“Firstly, I find it quite difficult because they’ve got a game coming up.

“More importantly for me, we’ve got a game coming up before that. And also they have a manager, in Sarri, who is trying to get them to win that final.

“It’s been a bit of an obvious link all season. If I say it is maybe because of where we’re at in the final, and we’re being talked about, and we’ve had a good year, and then I get linked because of my 13 years at the club. I understand the link.

“But in terms of how I’m seeing it, I don’t want to think about it. I want to talk about Monday, I want to work with the team, I want to get this over the line for us.

“I’ve got two years left on my contract here and I see no further than Monday. I will sit down with Mel after the game, which was planned before all this [Chelsea] talk anyway, to see firstly what the result was on Monday, because that’s going to be defining how we chat, and to see where the club goes forward. It’s as simple as that,” he told the UK Guardian.

Asked whether he could ever say no if Chelsea offered him the job, Lampard replied: “I’m not going to answer that question because it’s a headline. When I started out in management people said: ‘Your dream must be to be Chelsea manager.’ It’s an easy link.

“My dream was to do as well as I can day in and day out, to be successful. I can’t call that one [the Chelsea job]. Those things happen or they don’t. My focus is completely on the here and now.”