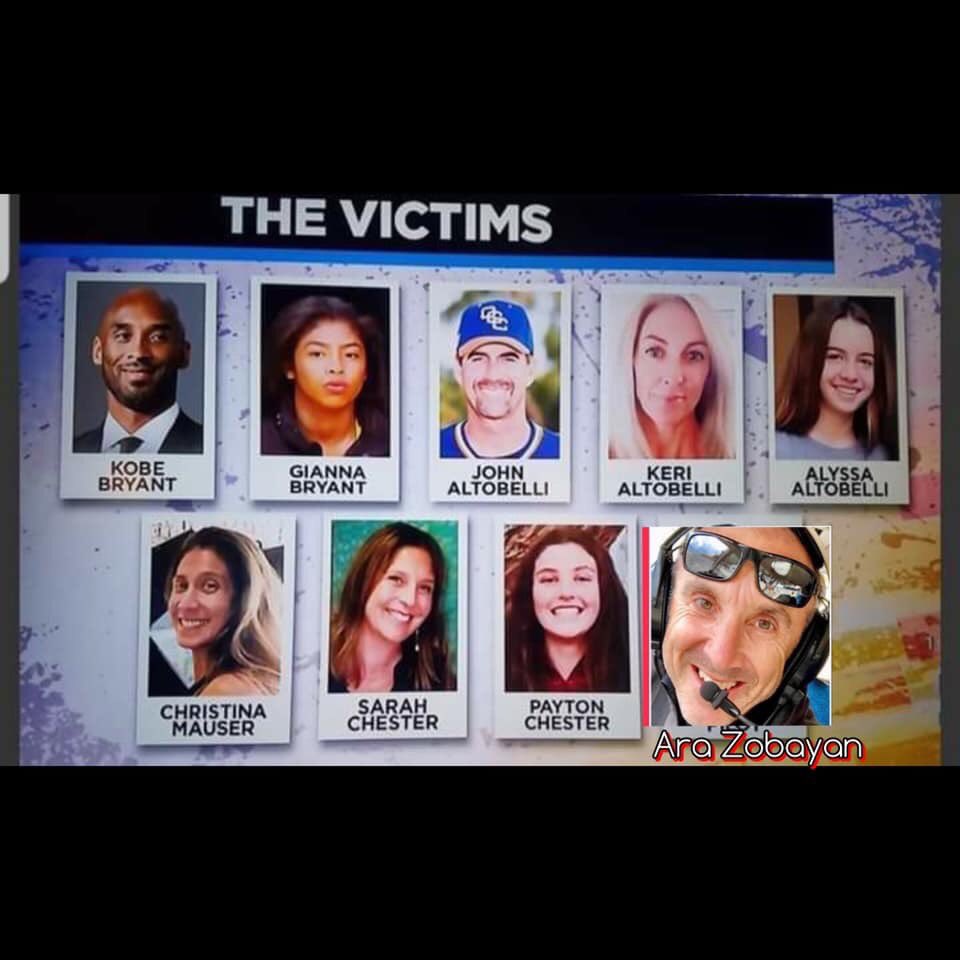 More details have emerged on the victims of the fatal helicopter crash that took the life of basketball legend; Kobe Bryant. The former NBA superstar was killed in a helicopter crash in California on Sunday morning.

1st News can now report that a total of nine people were on board when the helicopter went down. The incident occurred near Calabasas on Sunday, January 26, 2020. There were no survivors.

Among them was Gianna Maria, the 13-year-old daughter of Kobe Bryant. Kobe Bryant and Gianna were on their way to a travel basketball game when the helicopter crashed.

Also on the ill-fated flight were two parents and their daughter; identified as Orange Coast College baseball coach, John Altobelli, his wife Keri and their child and daughter, Allyssa. Indeed, Altobelli has three children according to his profile on Orange Coast College’s website. They include a son J.J., a baseball scout for the Boston Red Sox and two daughters, Alexis and Alyssa. Christina Mauser, an assistant coach for an Orange County private elementary school basketball team; was also killed in the crash.

In addition, a mother and daughter was also on the flight. Sarah Chester and her 13-year-old daughter, Payton were confirmed among the dead. Payton’s brother wrote a heart-breaking tribute on Instagram alongside a photo of his lost loved ones.

Also killed was the pilot of the flight, Ara Zobayan; described as the “sweetest” man who was “especially attentive” to the basketball legend’s family.

Kobe Bryant played his entire 20-year NBA career with the Los Angeles Lakers. Also, he finished his career as one of the best to ever play the game. The gifted athlete was born in Philadelphia, Pennsylvania. He was drafted into the NBA straight out of high school at the age of 17.

Gov. Bello takes oath of office for another four years