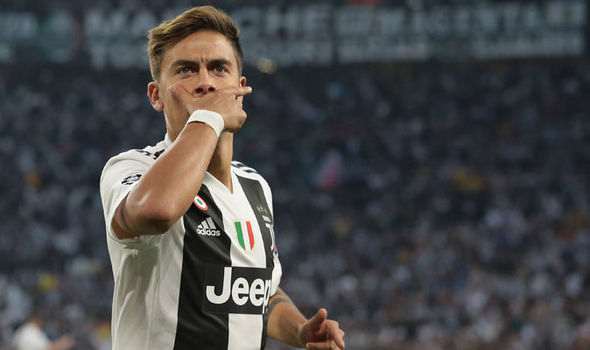 Argentine midfielder and Serie A giants Juventus forward Paulo Dybala tests positive for the deadly Coronavirus, Serie A defending champion has confirmed placing 121 people at the club into self-isolation.

Venezuelan publication El Nacional reported it that Paulo Dybala recently tested positive for coronavirus and has been placed into quarantine. The Serie A giant last league game was the postponed top of the table clash between Juventus and Inter Milan which was played behind closed doors on Sunday night, Daniele Rugani was the first Serie A player confirmed to have the virus. He shared the same dressing room with his Juventus teammates in their win against Inter Milan.
Juventus’s Paulo Dybala (L) jubilates after scoring the goal (1-0) during the italian Serie A soccer match Juventus FC vs Bologna FC at Allianz Stadium in Turin, Italy, 26 September 2018. ANSA/ALESSANDRO DI MARCO (ANSA via AP)

A club statement read: ‘Following yesterday’s news, relating to the positivity to Coronavirus-COVID 19 of the player Daniele Rugani, it is specified that 121 people, including players, staff members, managers, escorts and Juventus employees are observing a period of voluntary home isolation, in compliance with the requirements of the health authorities based on the provisions currently in force.’
The Serie A has been suspended for the next 3 weeks.