Skip to content
You are here: Home » SPORT » Ighalo reacts after scoring twice in Man Utd’s 3-0 win at Derby County 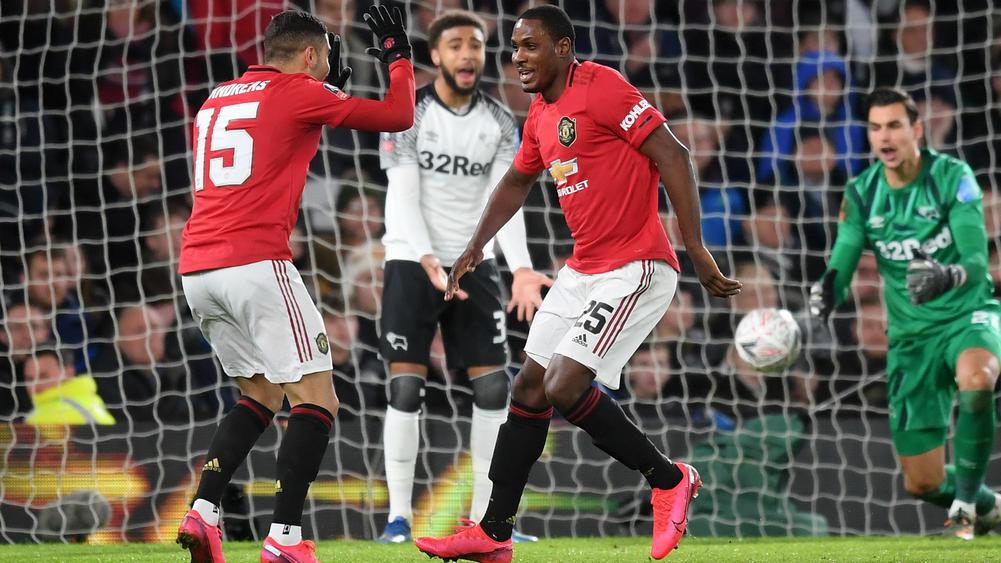 Manchester United striker, Odion Ighalo, has said he is not paying attention to his critics, after scoring a brace in their 3-0 win at Derby County on Thursday night.

Ighalo netted two goals at Pride Park, after Luke Shaw had opened scoring in the FA Cup fifth round tie.

The 30-year-old now has three goals in two starts for United.

“I am happy. I want to congratulate the team for a hard fought game.

“As long as my team-mates believe in me, the boss believes in me and the fans believe in me, just have to keep going. I don’t care what anyone says,” Ighalo told BT Sport.

United will now face Norwich City in the quarter-finals.

Ighalo will be hoping for more minutes in the Manchester Derby on Sunday.