With the winter transfer window still open, Real Madrid is likely looking to boost their squad with some fresh faces. One of the names that could be on their radar is 18 year-old Manchester United winger Alejandro Garnacho. 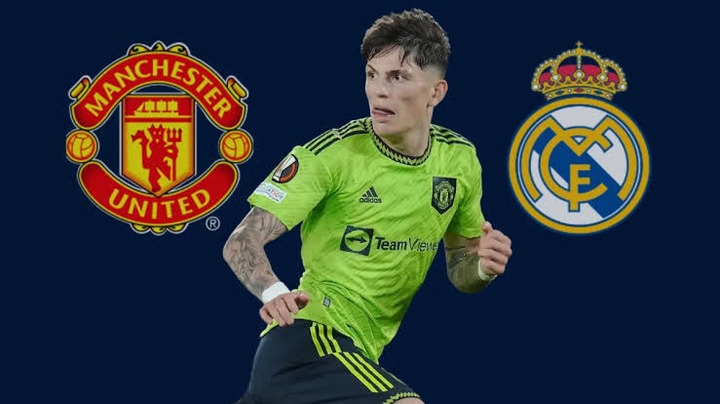 Garnacho is a highly talented youngster who has already made 12 appearances for United this season. He can play both on the left and right wings, and his ability to play in both positions makes him an attractive target for Real Madrid.

Garnacho has already shown his ability to create chances with his impressive dribbling and crossing abilities. He is also a great finisher, having scored four goals this season. This makes him a great option for Real Madrid, and he could be a valuable asset to their attack.

So, how could Real Madrid lineup with Alejandro Garnacho if he was signed this winter transfer window?

Real Madrid could line up in a 4-3-3 formation, with Garnacho playing on the left wing. He could be flanked by Karim Benzema and Vinicius Junior, who would provide support from the middle and right. In midfield, Luka Modric, Toni Kroos, and Aurelien Tchouameni would form a strong trio, with Kroos providing the creativity and Modric and Tchouameni providing the defensive cover.

In defense, Dani Carvajal, Eder Militao, David Alaba, and Ferland Mendy could form a strong back line, with Carvajal and Mendy providing the width on the wings.

Overall, Alejandro Garnacho could be a great addition to Real Madrid’s squad. He has all the attributes to become a great player, and his presence on the team could help lift their performance. If Real Madrid were to sign him this winter transfer window, they could have a great lineup to challenge for the title.

Ranking the top 3 best Managers in the EPL currently