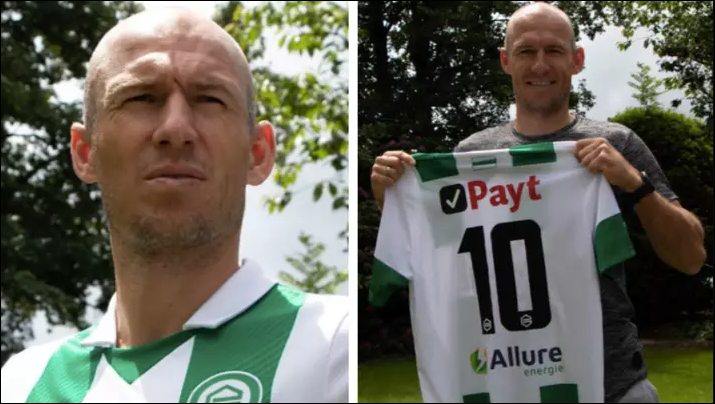 Former Chelsea, Real Madrid and Bayern Munich star, Arjen Robben, retired last summer but has now returned to hometown club Groningen after they showed him clips from ‘The Last Dance’

However, the 36-year-old will now lace his boots up again and train with Groningen as he looks to return to playing.

And it’s emerged that the Dutch winger was inspired by the career of NBA great Jordan, who ‘retired’ before returning to action.

Groningen used The Last Dance, documenting Jordan’s career and the rise of the Chicago Bulls, to persuade Robben to return according to BBC Sport.

It comes with Groningen having attempted to sign Robben from Bayern Munich before his retirement last summer.

The flying Dutch winger had risen through the youth teams at Groningen before playing two seasons from 2000-2002 in the first-team.

“I was 12 years old when I started playing in FC Groningen’s youth academy. I made my home debut against Feyenoord when I was 16.

“After two years I made a transfer to PSV Eindhoven. After a wonderful adventure of 18 years, we’re coming home.

“We’re coming home in this difficult time of crisis, one that also hits FC Groningen.

“It’s great to see how everyone supporting the club, I’ve supported the club as well. It made me think about what else I could do for our club.

“These past few weeks I’ve had many conversations with club staff and maybe more than anything I’ve listen to the call of our supporters.

“A comeback as an FC Groningen player, I started to play with this idea and now I’ve made it my mission!

“I want to make my comeback as a football player, a player of FC Groningen.”