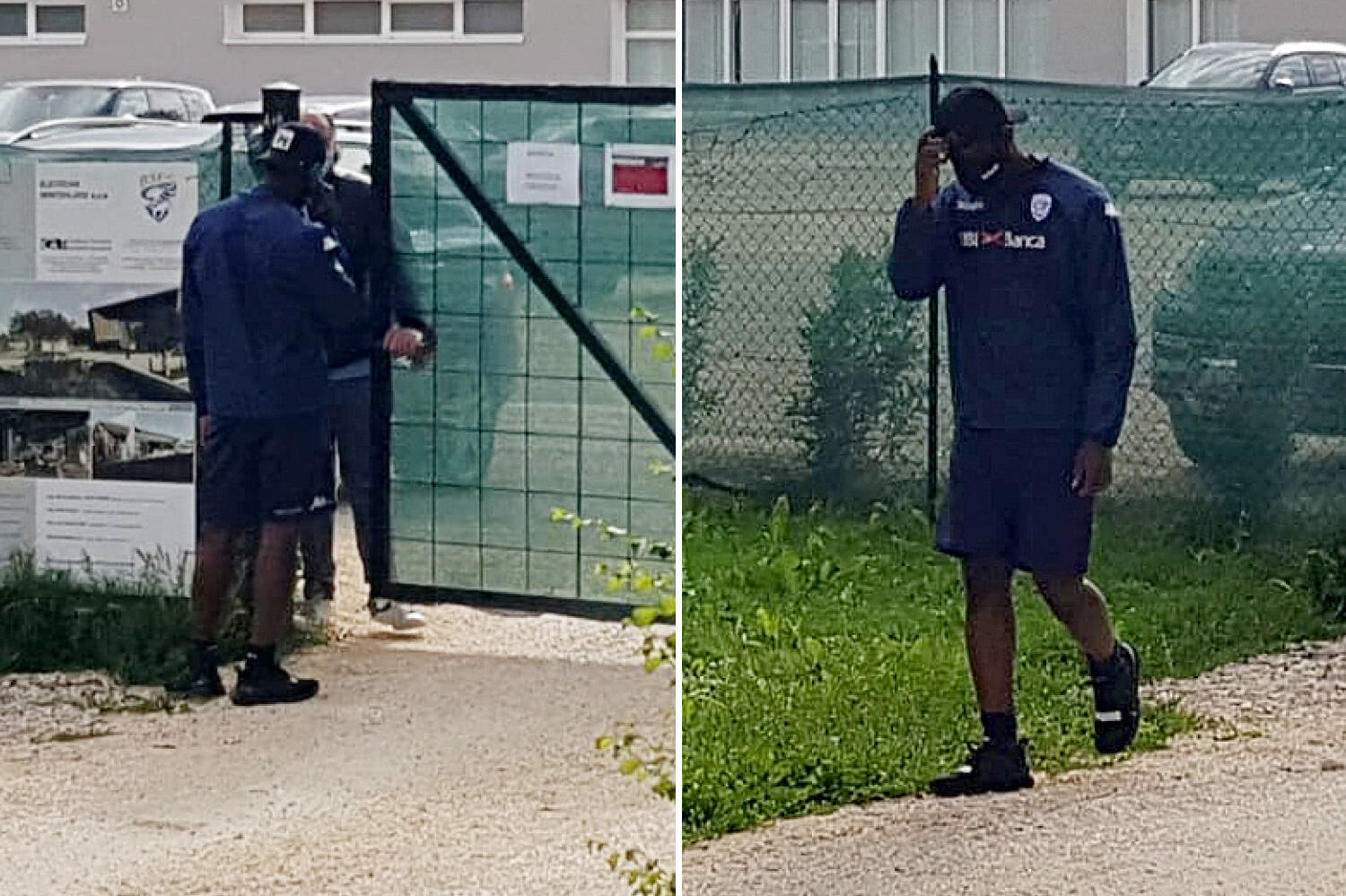 Mario Balotelli was refused access to Brescia’s training ground this morning as his relationship with the club soured further.

Footage from an Italian journalist showed Balotelli walk up to the club’s entrance before being turned away by security.

It is reported that ex-Man City striker Balo was refused entry because his medical certificate was not valid.

Players need this in order to train, according to onefootball.com.

It is believed Balotelli had previously sent a medical certificate to Brescia informing them he was unable to train because he was suffering from gastroenteritis – which is also known as “infectious diarrhea”.

Balo last night sent the club a note from his GP saying he had recovered but it arrived outside working hours and therefore no one in the club could deal with it in time to allow his return.

The Mirror add that if Balo joined training then fell ill or got injured, Brescia would not be covered by insurance.

Balotelli is reported to have said to a journalist as he sped off in his Mercedes: “Now say that I don’t want to train.”

This latest incident follows claims that Balotelli, 29, had been sacked by the club following a bust-up with president Massimo Cellino.

It was reported that his contract with Brescia was set to be terminated at the end of the 2019/20 campaign.

But according to Football Italia, he has now been given his marching orders after missing ten days of training.

La Gazzetta claim no legal action will take place as the agreement was reached with Balotelli’s lawyers.

Balotelli returned to Italy to join home town club in August 2019 after stints with Nice and Marseille.

The Italian racked up five goals in 19 Serie A appearances for Diego Lopez’s side.

“I thought that coming to Brescia, which is his town, would commit him very much.

“At the same time, I think he was handled the wrong way by my previous coach [Eugenio Corini].”

Brescia’s first Serie A game back after the coronavirus break will be against Fiorentina on June 22.