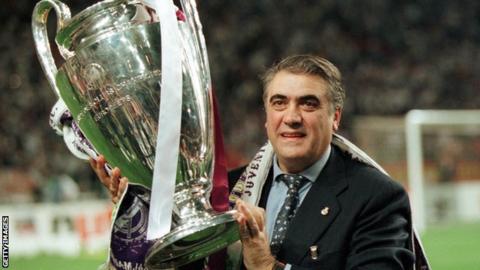 Real Madrid has announced the demise of their former president, Lorenzo Sanz who won champions league titles for the club.

Making the announcement while speaking with Real Madrid Television, his son Lorenzo Sanz junior stated that his father passed on on Saturday at the age of 76-year-old after a brief battled with coronavirus.

“My father has just passed away. He did not deserve this ending and in this way,” tweeted his son, Lorenzo Sanz junior.
“One of the best, bravest and hardest-working people I have ever seen. His family and Real Madrid were his passions.”

Lorenzo Sanz
Prev post WHO working on about 20 vaccines against Covid-19
Next Post Actress, Sophia Myles, Loses Dad To Coronavirus