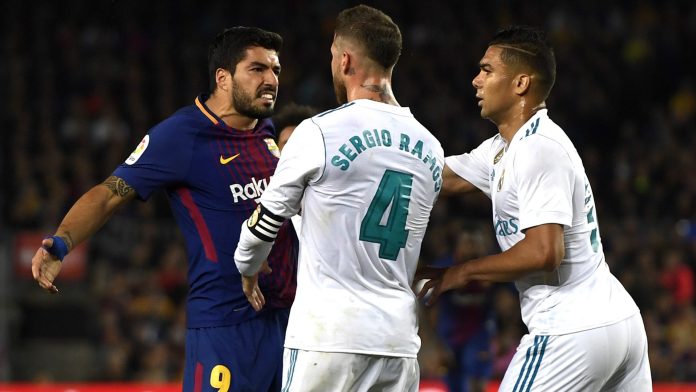 La Liga announced on Thursday that the first and second divisions have been suspended for the next two matchdays following the coronavirus outbreak.

The decision comes after Real Madrid were placed into quarantine and all activity at their training complex was cancelled after one of the club’s basketball players tested positive.
A statement released by La Liga read: “Given the circumstances known this morning, referring to the quarantine established at Real Madrid and the potential positives from players from other clubs. La Liga consider that the circumstances are already in place to continue with the next phase of the protocol of action against COVID- 19. Consequently, in accordance with the measures established in Royal Decree 664/1997 of May 12, [La Liga] agree to suspend at least the next two games.”

The Spanish league had already taken the step of moving all games behind closed doors, but with confirmed cases of the coronavirus in the country topping 2,000 on Wednesday, it decided to suspend play.

Sevilla’s Europa League game against Roma, scheduled for Thursday, has been postponed while Barcelona’s Champions League game against Napoli next week is in the balance. The Catalan club have already announced the fixture will be played behind closed doors, but it’s not certain the Serie A side will be allowed to travel for the match.
All football in Italy has been suspended until April 3. Spain and Italy are not the only countries where football has been affected by the coronavirus. Games have also been suspended or will be played behind closed doors this week in England, France, Germany, Greece, Austria and Switzerland, among others.