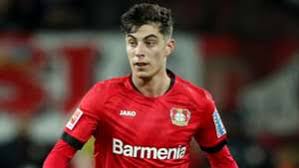 Bayer Leverkusen manager Peter Bosz insists Chelsea target Kai Havertz is “not thinking too much” about a summer transfer.

Having already completed the signings of Hakim Ziyech from Ajax and Timo Werner from RB Leipzig, Havertz – along with Leicester City left back Ben Chilwell – is a top target of Chelsea as Frank Lampard continues his rebuild ahead of next season.

But while Bosz admits that time will tell whether Havertz is still at Leverkusen next season, he and the Bundesliga side appear relaxed about the situation.

“I don’t feel that he is thinking too much about transferring,” he said, as per Goal. “Neither are we. I certainly don’t have the impression that this will be his last game for the club.

“He is still under contract with us and I have to assume that he will be with us next season too. That will include the German Cup final next month and the next Europa League game against Rangers in August.