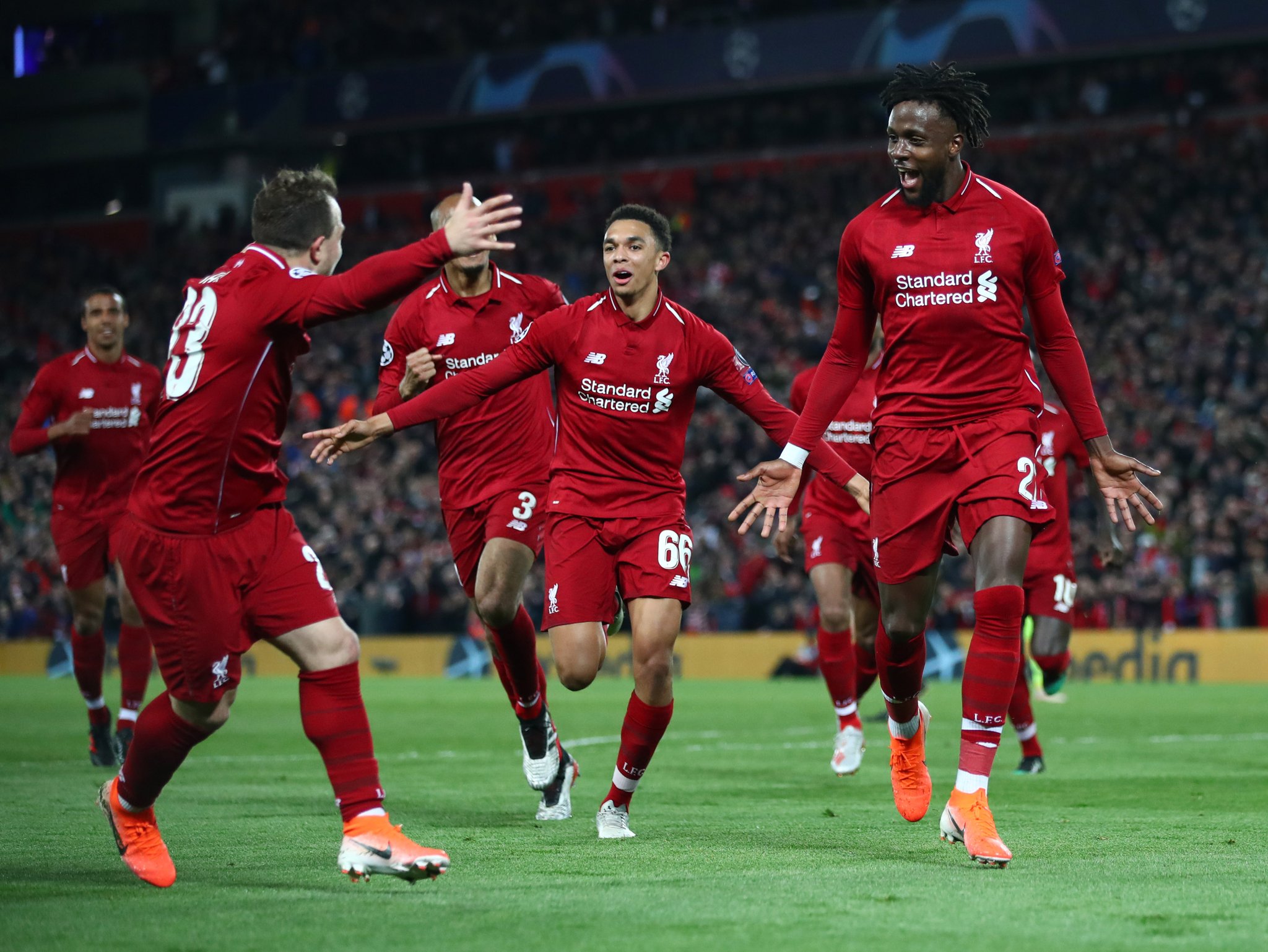 Barcelona fans could not but applaud Liverpool and defender, Trent Alexander-Arnold, after the Catalan giants fell apart at Anfield on Tuesday.

As Liverpool made their way around the Anfield pitch after full-time, Barca fans applauded them in recognition of their performance.

Arnold also received recognition from the visiting fans following the full-back’s quick thinking from a corner when the scores were tied at 3-3 on aggregate.

The 20-year-old’s quick thinking handed Origi the chance to put Liverpool through to the final in Madrid.

And despite seeing their Champions League hopes fade away for another year, Barcelona fans paid homage to the home side, according to Metro, UK.

Divock Origi and Georginio Wijnaldum scored twice each to punish the Catalan giants who watched their 3 goals advantage from the first leg in Camp Nou slip away.

The final in Madrid gives Liverpool a fantastic chance of ending the season with a trophy.

All eyes will now be on Tottenham’s clash against Ajax tonight to see who they will face in Spain.