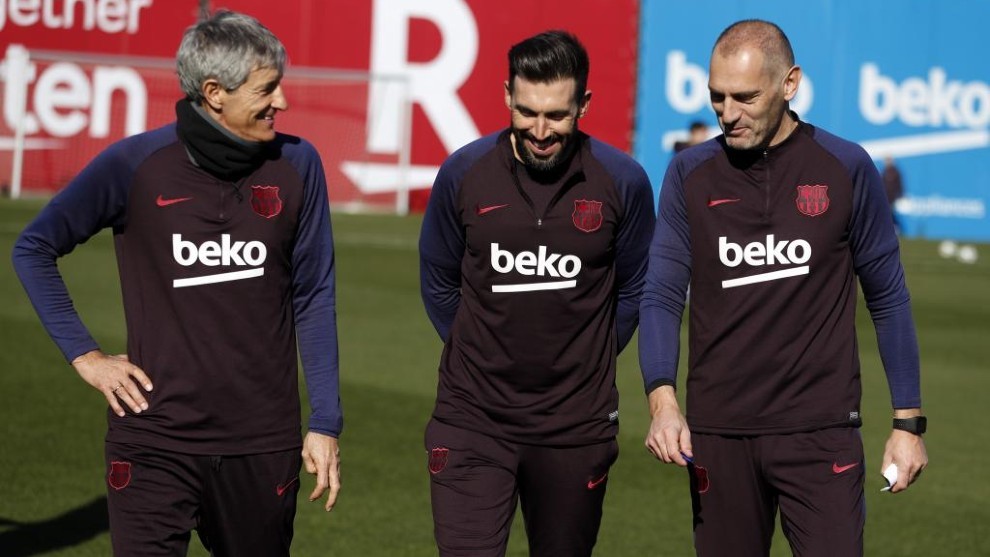 The result opens the door for Real Madrid to take top spot later this weekend.

Gerard Pique spoke negatively about the result after the game and its impact on Barcelona’s title push.

“It’s the frustration of the moment,” Setien said when asked about Pique’s comments.

“Especially because we played well in the first half.

“Maybe the feeling right now isn’t a positive one, but I’m sure he’ll think differently tomorrow.

“I don’t think Real Madrid are going to win all their games either.

“The reality is that it doesn’t depend on us anymore, but this can change.

“We knew beforehand that it would be very difficult to win every game – it was practically impossible.

“It’s not that I’m satisfied with only getting a point, but it’s the lesser of two evils.”