Barcelona progressed to the next round of the Copa Del Rey after beating Real Sociedad. A lone goal from Ousmane Dembele was enough to seal the vital need for Xavi Hernandez’s side. 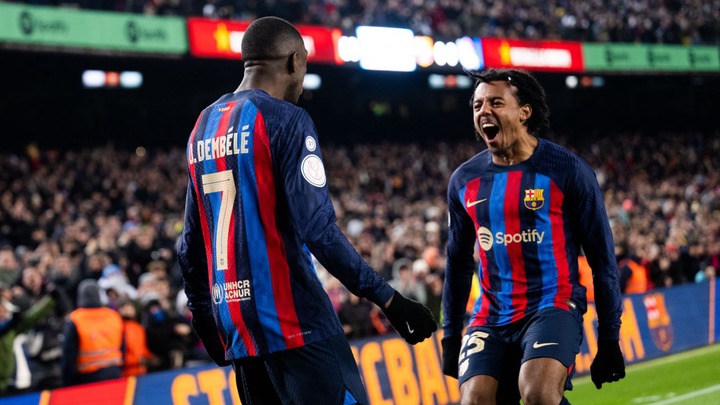 Well, fans have been talking about Xavi Hernandez’s transformation of Barcelona, Ousmane Dembele’s beautiful strike, Barcelona’s wastefulness, and Barcelona’s total dominance, but with article will focus on what fans are saying about Dembele after the game ended. Take a look! 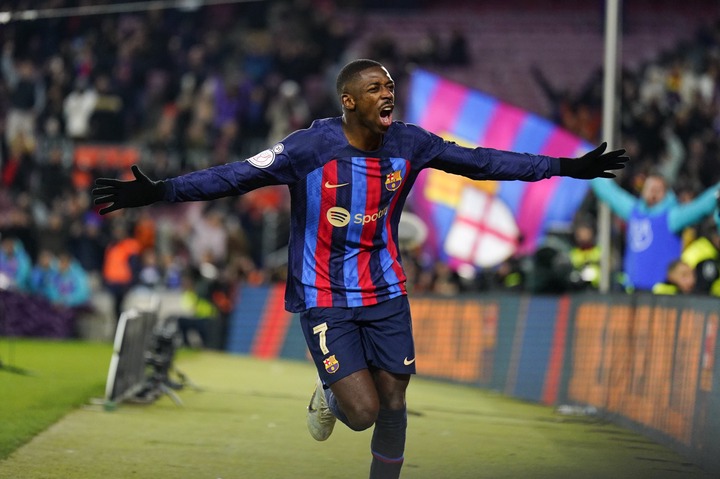 1. He Has Been Able To Turn Boos Into Applause At Camp Nou. 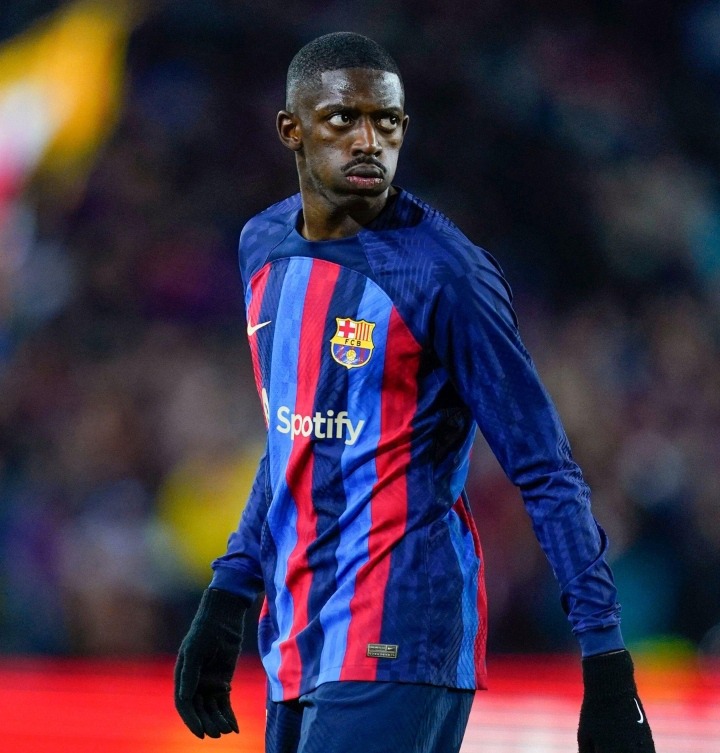 Recall that last year, Ousmane Dembele was booed by the fans, but Coach Xavi Hernandez was confident that the French winger can win back the fans. However, note that Ousmane Dembele had one of his best games as a Barcelona player and received a standing ovation as he was replaced by Ansu Fati. For this reason, fans are happy as the talented winger has managed to turn boos into applause. 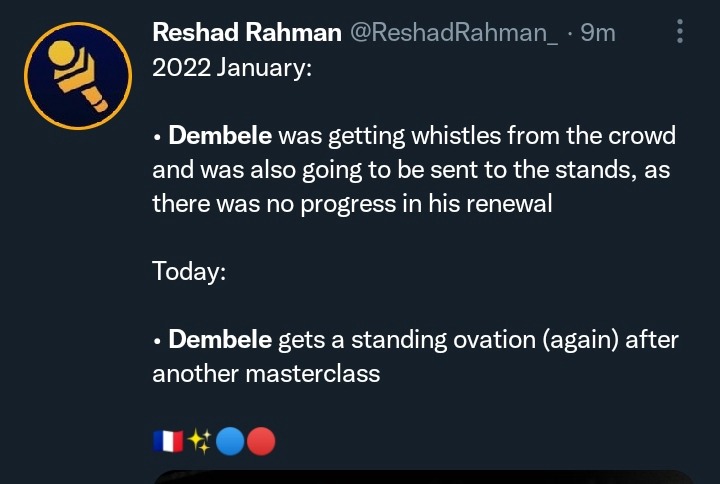 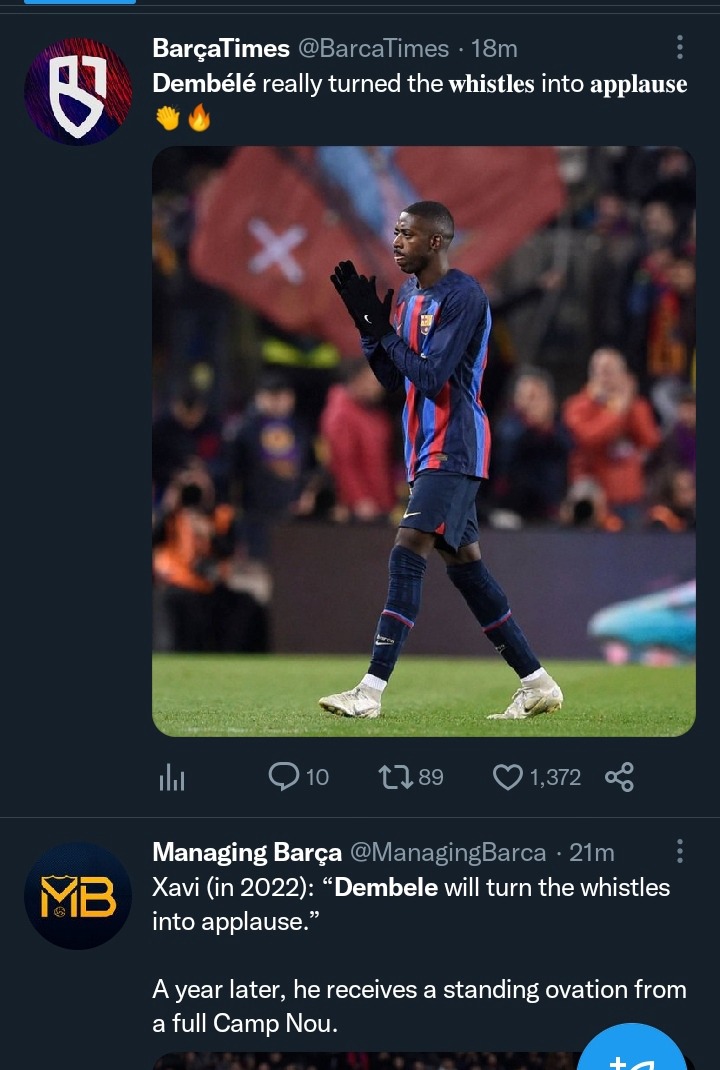 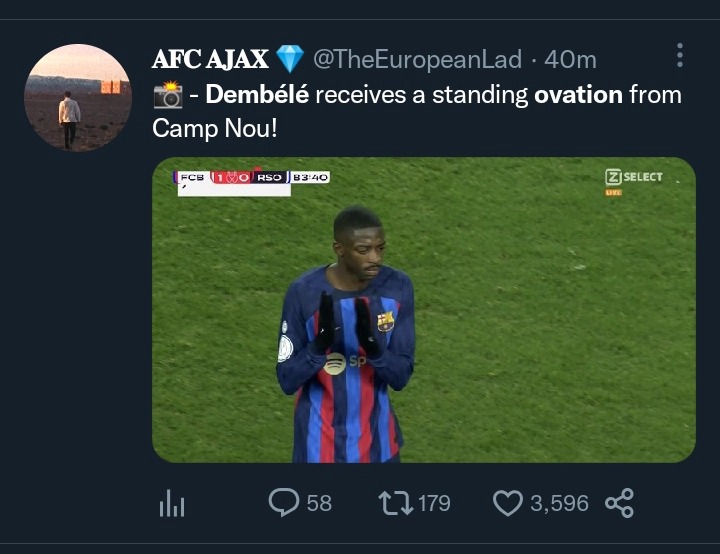 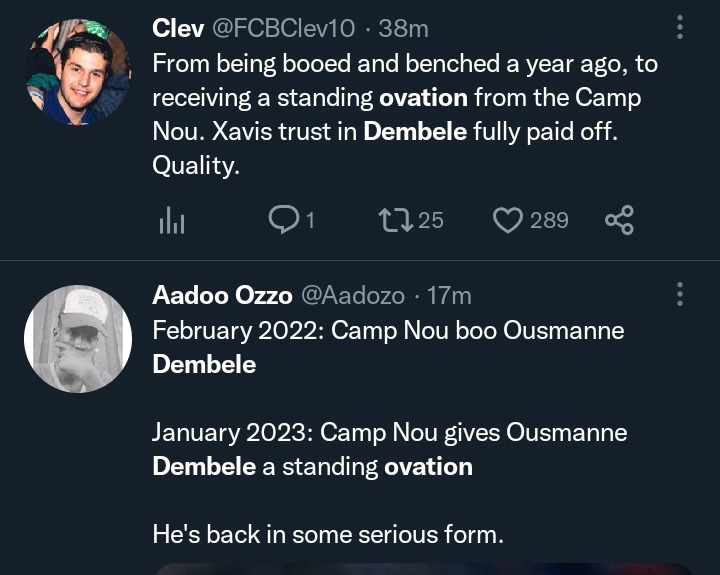 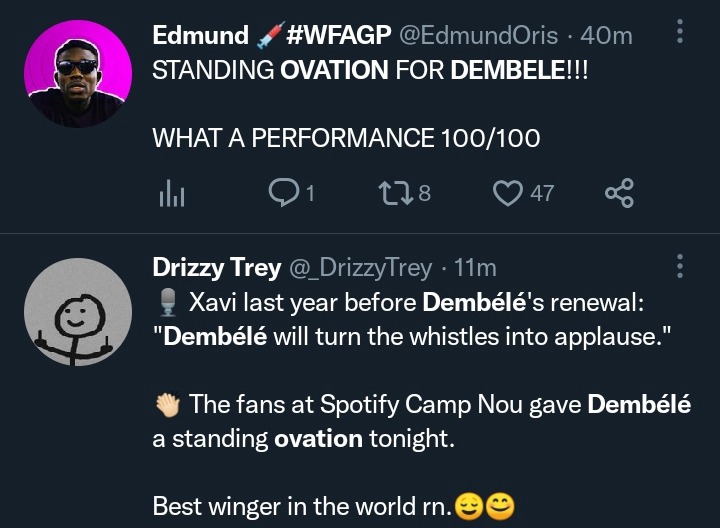 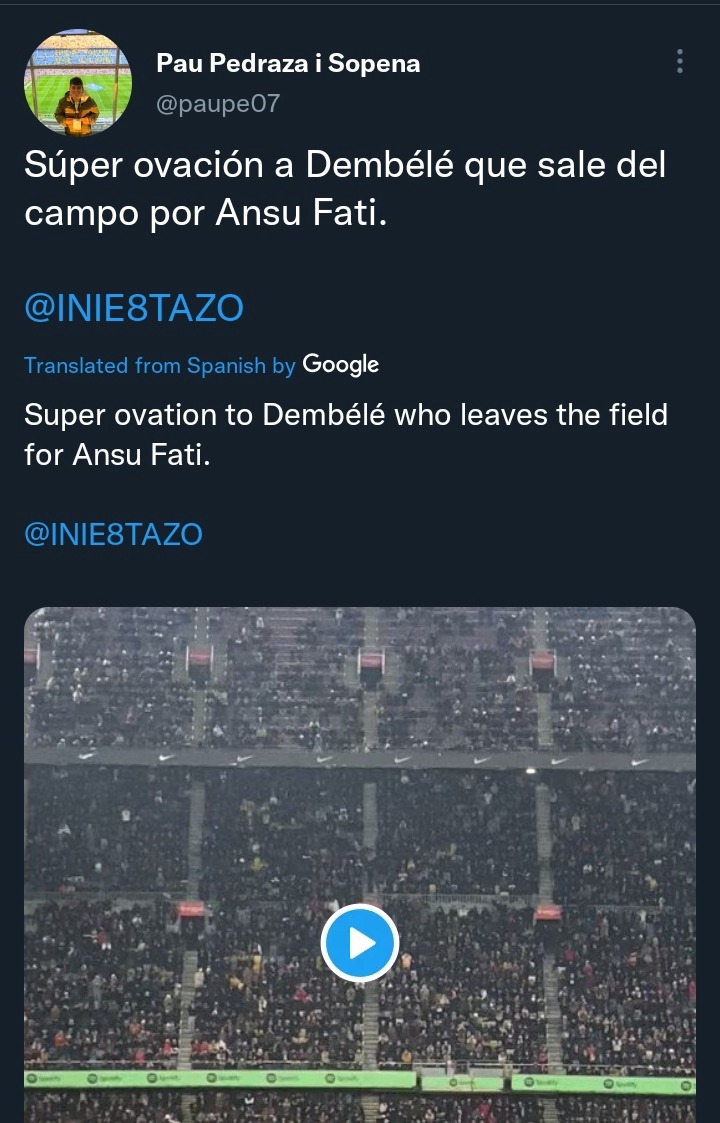 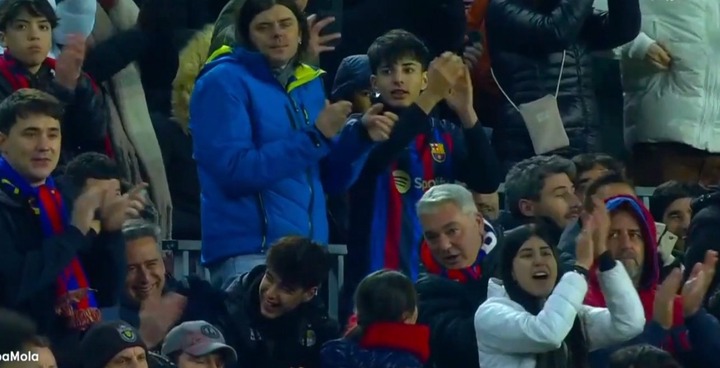 Photo: Screenshots Of Some Reactions To Dembele’s Performance || Twitter

Najaatu Muhammad: Tinubu is unsuitable, his followers just care about his wealth.