Visitors to the Tech Experience Centre, Africa’s cutting-edge technology and lifestyle hub on Saturday, May 8, 2021 were treated to exciting, high-scoring matches in the opening day of Bank Wars, a FIFA 21 Gaming competition featuring leading Nigerian banks.

Sponsored by Samsung, a foremost Original Equipment Manufacturer (OEM); Banks Wars seeks to crown the best side among the competing banks for the FIFA 21 tourney.

The first day of the event, hosted at the Tech Experience Centre; saw a number of excited spectators converge on the impressive building located at Yudala Heights, 13A Idowu Martins Street, Victoria Island, Lagos; to witness the banks in action. As expected, the competing teams did not disappoint, serving up goals-filled matches to the delight of attendees; as hostilities got underway in Group A.

Access Bank got the ball rolling on the day with a 7-2 drubbing of First City Monument Bank (FCMB). The match, which was played at 1pm, saw Olabamaji Emmanuel Ojo, an Assistant Banking Officer dominate his opponent; Taiwo Oluwafemi of FCMB’s Brand Management Unit to claim all three points at stake. In the second game, Standard Chartered Bank pipped Zenith Bank 4-3. Representing the victorious team was Bajeh Israel, a Wealth Management Analyst; while Zenith Bank was represented by Abdulwahab Emmanuel, a Relationship Manager.

Taking to the FIFA 21 pitch in the third match in Group A; Access Bank cemented its place as one of the early favourites with an impressive 11-2 thrashing of Zenith Bank; while FCMB made up for its initial loss to Access Bank by beating Standard Chartered Bank 7-4. From the results on the first day of the competition, Access Bank occupies the leadership position in Group A. The foremost lenders have six points, followed by FCMB and Standard Chartered Bank with three points each. Zenith Bank brings up the rear, with no point to its name after the first round of matches.

Meanwhile, all eyes will be on the quartet of Sterling Bank; Guaranty Trust Bank (GTB); Union Bank and Fidelity Bank in Group B on Saturday, May 15, 2021, which is billed as the second match day of the competition.

In the day’s opening match, Sterling Bank will trade tackles with Union Bank by 1pm. Also, GTB and Fidelity Bank will do battle in the second game by 1:30pm; while Sterling Bank and GTB will contest the third game by 2pm. The day’s action in Group B will come to a close when Fidelity Bank and Union Bank lock horns. The match is scheduled to kick off by 2:30pm. Bank Wars is expected to run for five Saturdays until June 5, 2021; with winners of the FIFA 21 Gaming competition expected to smile home with some mouth-watering prizes, courtesy of Samsung.

A Samsung 55-inch TV awaits the first prize winner while the runner-up will go home with a massive Samsung Refrigerator. Also, the third best team will claim a Samsung Washing Machine. In addition, there are prizes for individual representatives of the competing teams while the best goal of the competition (to be determined by votes) will fetch the scorer a Samsung 49-inch TV. 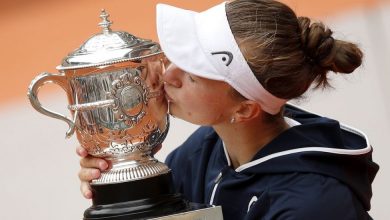 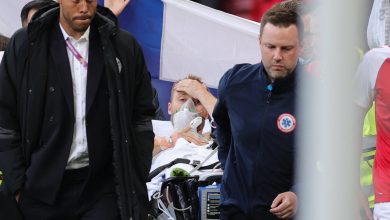