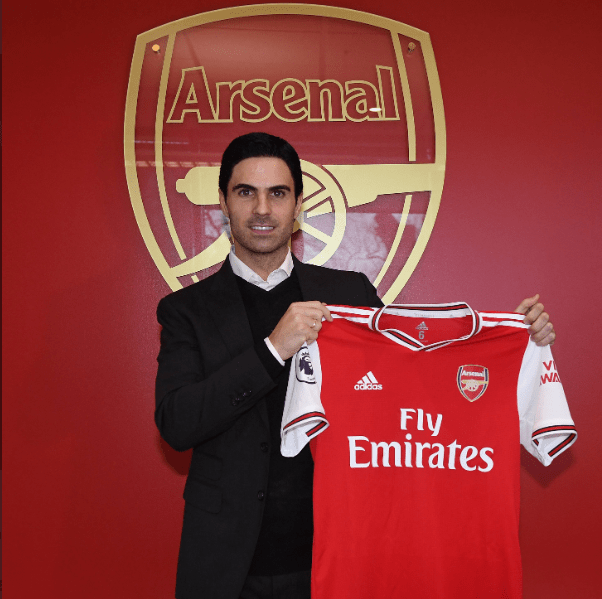 Arsenal manager Mikel Arteta has tested for coronavirus – putting the rest of the Premier League season in doubt.

The whole first-team squad, coaches and support staff will now be placed in isolation for the next 12 days. The Premier League announced it will now hold an “emergency club meeting” on Friday to discuss future fixtures – with clubs expecting they will not play for a month.

Arteta, 37, said: “This is really disappointing but I took the test after feeling poorly. I will be at work as soon as I’m allowed.” In light of the news, Brighton announced that Saturday’s game against Arsenal has now been POSTPONED. The Gunners’ London Colney training centre has also been closed.
Arteta, his coaching staff and the entire Arsenal team were tested for the COVID-19 virus on Wednesday after their match with Manchester City was postponed due to safety concerns. The club have stressed that the Spaniard has had no contact with Olympiakos owner Evengelos Marinakis, with the source of his infection remaining a mystery.

Up to four Arsenal players had met with Marinakis after the Europa League clash with Olympiakos at the Emirates on February 27. Marinakis also sat among a number of Arsenal executives in the directors’ box and announced on Tuesday that he had succumbed to the illness.

As a result, everyone who had been in close contact with the Greek tycoon was tested for the virus and all of the playing squad were given the all-clear. A club statement said: “Arsenal personnel who had recent close contact with Mikel will now self-isolate in line with Government health guidelines. We expect this to be a significant number of people from Colney, including the full first-team squad and coaching staff.”
Arsenal managing director Vinai Venkatesham said: “The health of our people and the wider public is our priority and that is where our focus is. Our thoughts are with Mikel who is disappointed but in good spirits. We are in active dialogue with all the relevant people to manage this situation appropriately, and we look forward to getting back to training and playing as soon as medical advice allows.”
The statement added it was “clear we will not be able to play some fixtures on their currently scheduled dates”.