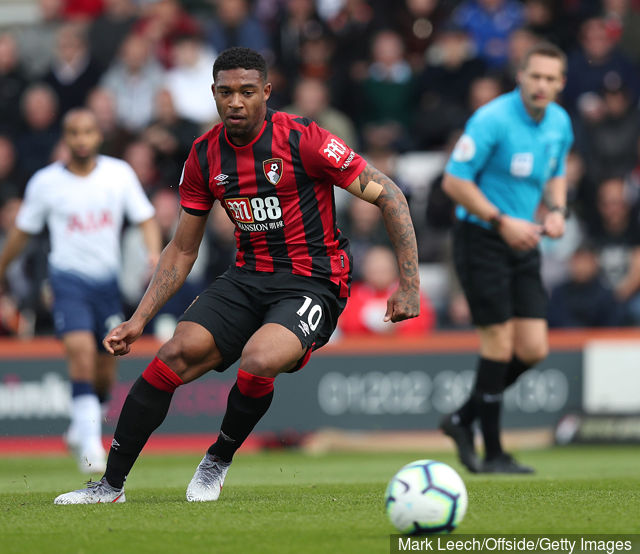 Premier League clubs have revealed which players they are set to retain and which they are set to release at the end of the month, with Arsenal’s Tobi Omole one of several young African talents set to be seeking new employers.

Late June can always be a difficult time for young Premier League players looking to make their name in the sport, as clubs take decisions on which out-of-contract players will be offered new deals, and who will be cut loose.

Anglo-Nigerian winger Jordon Ibe is one of the most high-profile African players set to be released at the season’s end, with his departure being confirmed by Bournemouth and the Premier League.

a whopping club-record £15 million when he joined in 2016, but has done little to repay that fee over the subsequent four years.

While players coming to the end of their deals are allowed to be offered extensions to their current deals—in light of the exceptional circumstances this season—to play until the end of the extended campaign, Sky Sports reported that Ibe would become a free agent on July 1.

Senegal’s Oumar Niasse, another player who’s endured a testing time in the Premier League following his arrival from Lokomotiv Moscow, will also be leaving Everton after failing to make his mark on Merseyside.

Despite attempts by Marco Silva to revitalise his Everton career, the forward has been deemed surplus to requirements by Carlo Ancelotti.

Omole departs Arsenal despite having featured in the Premier League 2 following his arrival at the club’s academy in 2014.

Having been a dynamic box-to-box operator earlier in his career, his versatility allowed him to impose himself as a centre-back, while he’s also featured as a left-back during his time with the North London heavyweights.

Other Nigerians set to be out of work are Colin Odutayo of Aston Villa, Tunde Bayode of Burnley and Korede Adedoyin of Everton.