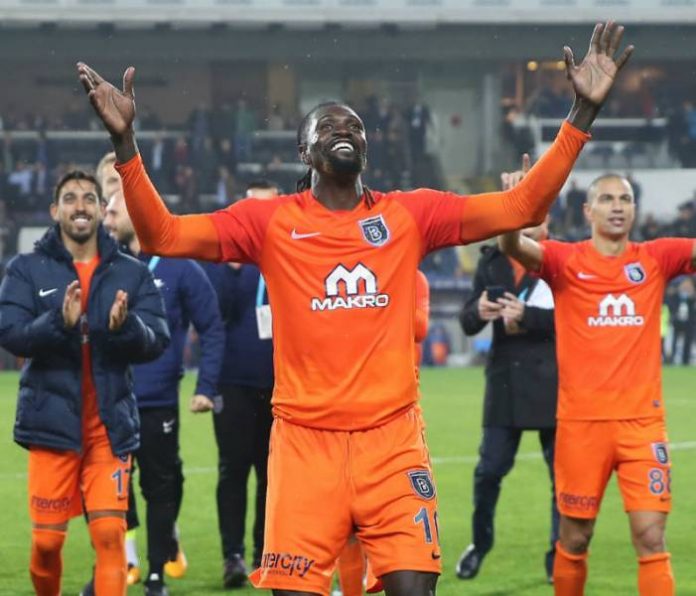 Emmanuel Adebayor has signed for Olimpia.

The Paraguayan side confirmed the Togolese’s arrival in a statement on Tuesday.

Adebayor has been clubless since he left Turkish side Kayserispor in December.

The 35-year-old has previously played in England, Spain, France and Turkey in his career.

Olimpia currently sits fifth in the early stages of their Apertura campaign.

Adebayor will be reunited with former Manchester City team-mate, Roque Santa Cruz, who joined the club in 2016.

Both Adebayor and Santa Cruz joined Manchester City in 2009.