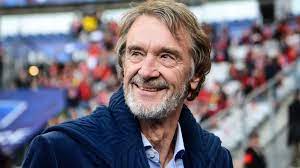 The British businessman Jim Ratcliffe’s company Ineos officially made an offer for Manchester United on Tuesday.

The Glazer family, who own United, said they would be open to hearing offers for the Premier League team in November, and Ratcliffe is anxious to conclude a deal.

Ratcliffe has a lengthy history with the team from Old Trafford and has been a lifetime follower of United. Last year, he made an unsuccessful bid to buy Chelsea for £4.25 billion ($5.2 billion).

I can confirm that we have formally started the procedure, an Ineos spokeswoman told AFP.

After his unsuccessful acquisition of Chelsea when Roman Abramovich sold the Blues to American businessman Todd Boehly and his partners, Ratcliffe is searching for another Premier League juggernaut. 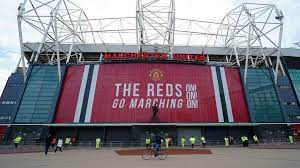 The United States has not yet responded to the 70-year-interest olds in replacing the Glazers, who are situated there.

One of the wealthiest people in the nation, Ratcliffe was born in Failsworth, Greater Manchester, and may be more well-liked by United supporters than the Glazers, who have had a number of fan protests during their turbulent control.

The Glazers, who completed a leveraged takeover of the team in 2005, have run into fierce fan resistance as a result of the team’s recent on-field troubles.

In terms of transfer funds, they have long been accused of taking more money out than they put in, and their purchase of United also left the team with enormous debts.

The Glazers further enraged United supporters by backing the aborted European Super League project in April 2021, which would have led to the team joining a breakaway competition.

In a statement released in November, United stated that the board will “examine all strategic possibilities, including new investment into the club, a sale, or other transactions involving the firm.”

United last won a significant award six years ago, and since then, they haven’t captured the Premier League.

After defeating Manchester City 2-1 on Saturday, United, who finished sixth in the Premier League last season, has been revitalized by manager Erik ten Hag and is now in fourth place.

Ineos, which presently owns the cycling team Ineos Grenadiers, formerly Team Sky, as well as the French club Nice and the Swiss team FC Lausanne-Sport, is eager to expand its sports portfolio.

Ratcliffe may face competition from Saudi Arabian investors after the nation’s sports minister Prince Abdulaziz bin Turki Al-Faisal hinted in November that there “could” be interest in buying United and Liverpool, who are both available for sale.