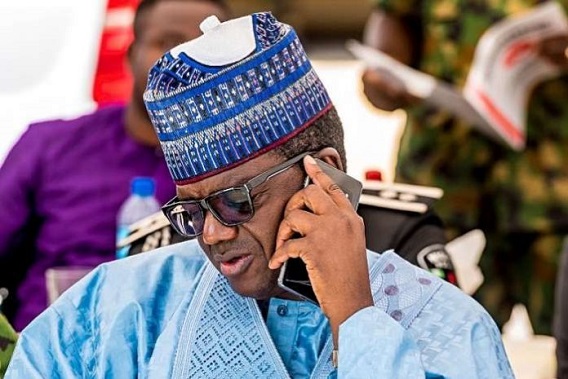 Gov. Bello Matawalle of Zamfara says his administration had spent over N3 billion on various welfare packages during Ramadan fasting and preparation for Eid-El-Fitr.

The governor announced this in a state-wide broadcast in commemoration of the Sallah festival to mark the end of the 30-day Ramadan fast.

He said that over N2.9 billion was spent in feeding indigents during the fasting period and buying of assorted grains distributed to the state’s civil servants on a subsidised loan.

Matawalle said another N55.2 million was used to buy 280 cows, which were distributed to civil servants, groups, and community leaders to mark the Sallah festival.

Similarly, the Zamfara governor said clothing materials were distributed to 40,000 orphans across the 17 emirates in the 14 Local Government Areas of the state.

He reiterated his administration’s resolve to meet the yearnings of the people through the provision of welfare packages and the early payment of May salary to workers on May 18 to enable them to celebrate Sallah comfortably.

The governor urged people of the state to continue to observe all the COVID-19 preventive guidelines, especially social distancing, the use of face masks, regular hand washing, and the use of hand sanitisers.

He urged Muslims to imbibe the teachings derived from the fasting period.

Matawalle also called on them to use the Sallah period to pray against the novel coronavirus disease as well as pray for sustained national unity and wellbeing.

Meanwhile, Governor Hope Uzodinma of Imo has assented to a bill repealing the law that created pension allowances and gratuities for former governors; deputy governors; assembly speakers; as well as deputy speakers.

Signing the bill into law in Owerri on Friday, the governor noted that the erstwhile law runs contrary to the 1999 constitution as amended; which stipulates that a pensioner must have worked for at least 10 years and also must be up to 45 years of age.

Hope Uzodinma regretted a situation where some of the beneficiaries of such payments also get huge amount of money; as salaries and likewise allowances in other positions they occupied; such as serving as senators or members of the House of Representatives.