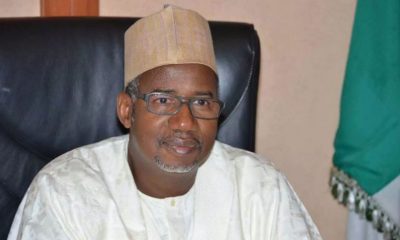 A sub-committee on prison matters set up by the Zamfara State government has revealed it has pardoned 96 convicted persons and some inmates awaiting trials in the state.

Addressing newsmen in Gusau, the state capital, the chairman of the sub-committee on prisons matters who also doubles as the Permanent Secretary, State Ministry of Justice, Barrister Ahmad Liman explained that before granting pardons to the convicted persons and those awaiting trials in various courts, certain constitutional and statutory procedures were taken into adequate consideration.

Barrister Liman said that the sub-committee was formed considering the peace accord and reconciliation process initiated by the state government to dialogue with the armed bandits, notorious kidnappers, Yan Sakai groups and other aggrieved Fulani leaders in the state.

” Following this, a Sub-Committee on Prison Matters was constituted with a view to freeing both the convicted and awaiting-trial inmates from correctional centres,” he said.

“For this committee to succeed in the implementation of its terms of reference, it was directed to work closely with all relevant stakeholders from the Executive, Legislative, Judiciary and all security agencies to ensure proper scrutiny of some cases deserving its due attention so as to free those convicts deemed pardonable, in line with the prerogative rights of the State Executive Governor; and those on awaiting-trial, vested only to the State Chief Judge.”

According to the Permanent Secretary, “having put into proper applications of all constitutional obligations and giving free hands to all critical stakeholders, the committee was able to release forty-nine out of the proposed seventy among the prisoners.”

He pointed out that the committee presented the fourth batch of the freed inmates last week to the Chairman Main Organizing Committee and Zamfara State Deputy Governor, Barrister Mahdi Aliyu Gusau, adding that the process would continue.

During an interview with the released inmates, they assured the State government and people of the State of being good Ambassadors and promised to be law-abiding citizens of Zamfara state and the Country in general.

Barrister Liman noted that with this development, the state government would now sit down to address some teething issues bedevilling the state like insecurity situation that had been ravaging the state for over eight years, reassuring that the present administration would not allow the relative peace achieved to slip through its fingertips.