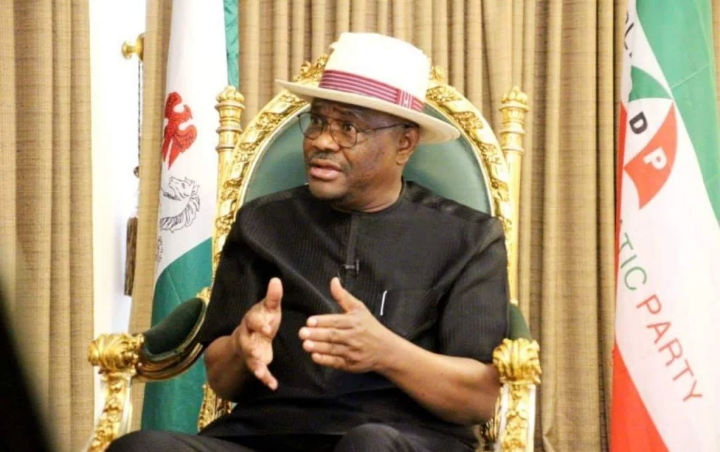 Rivers State governor, Nyesom Wike, said the ongoing campaigns for candidates of the Peoples Democratic Party (PDP) in the State does not include the party’s presidential candidate.

The reason, governor Wike gave, is that there is yet no understanding brokered for such level of support to be given by the State.

Governor Wike spoke in Bonny Town during the Local Government Campaign Flag-off Rally that was organised by the Rivers State PDP Campaign Council on Tuesday.

“Go home and have it on your mind that the PDP in Rivers State, we have taken governorship, senatorial, house of representatives, and house of assembly,” the governor of Rivers State instructed the people of Bonny. We are conducting an election at this place. These are the candidates who invited me to attend their campaigns. “I can’t force myself to campaign for you when you haven’t asked for it. No one else ordered me to campaign for him. I’ve come to this area to campaign because these politicians have told me to. You will do someone’s bidding if they ask you to work for them.

“Since you haven’t asked for my support, I can’t make myself advocate for you. I’ve come to this area to campaign because these politicians have told me to. You will do someone’s bidding if they ask you to work for them. Will you compel them to hire you if they don’t want to?

Governor Wike made the point that anyone who dismisses Rivers State as unimportant will face the consequences of their actions.

All State inhabitants were urged by the governor to rest easy knowing that no propaganda or acts of intimidation could divert attention from the political course that had been decided upon.

Because no one can scare us, there is no such thing as propaganda or intimidation. We are incredibly strong. We are really powerful. No State can look at us and predict what will take place. No one can perform such. So, say it with confidence: I’m from Rivers State; I reside there; and I’m content there. Our State that we have gathered is what matters.

Because PDP in Rivers has already been recognised as the nation’s finest at delivering infrastructure, according to President Muhammadu Buhari, Governor Wike claimed it is absurd for the All Progressives Congress (APC) to campaign there.

He claimed that 12 flyovers, in addition to other development projects that were completed, were carried out within four years because his administration believed in practising governance demonstration.

“What are all these folks advocating for when they claim to be running for office? The leader of the APC, President Muhammadu Buhari, claimed that I am the best in terms of development. What kind of campaign will they run next?

Governor Wike continued by recalling how the monarch had mentioned his contributions to the ultimate opening of the Bonny-Bodo Road during a courtesy visit to the Amayanabo of Grand Bonny before arriving at the campaign site.

The continuing coast protection work at LongJohn in the hamlet of Abalamabie will be finished, according to Governor Wike.

MCI vs ARS: How Mikel Arteta Could Lineup His Team For The English FA Cup Showdown On Friday