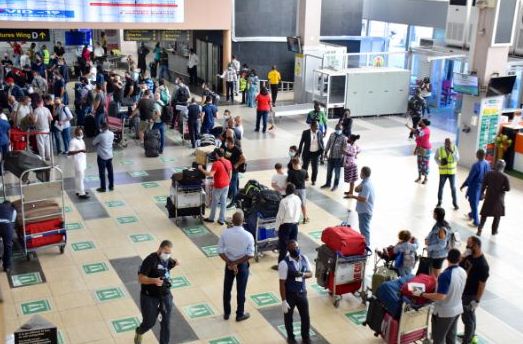 The Ministry of Foreign Affair has cleared the air on why Nigerians were denied entry into United Arab Emirates, UAE.

In a statement signed by the Spokesperson- Ministry of Foreign Affair, Mrs Francisca Omayuli, Nigerians seeking to travel to Dubai are advised to apply for the appropriate visas.

Omayuli noted that persons allowed entry into UAE have their family members in the country.

“While those who claimed their family members were on another flight were tod to wait at the Airport, pending their arrival,” she stated.

According to her, the attention of the Nigerian government has been drawn to a video on social media, showing purportedly stranded Nigerians, who arrived at the Airport in Dubai, UAE, on 29th August 2022, but were denied entry into the country, despite having valid visas.

She added: “The Nigerian Mission in Dubai has clarified that most of the supposedly stranded Nigerians were issued with family visas, only to arrive in Dubai alone without a family member.

“Consequently, they were denied entry and advised to return to their country and apply for the appropriate visas.
“It is therefore instructive for prospective visa applicants to indicate clearly their visa preferences without any ambiguity and also respect the immigration laws of other countries so as to avoid unwarranted treatments.”

Recall that sometime in July, UAE suspended the issuance of visas to Nigerians after cult clashes between rival groups Eiye and Aiye erupted in Sharjah.

Multiple travel agencies and residents in Dubai confirmed the development

One resident mentioned that a 10:00 p.m. curfew had been imposed for all male Africans living in the region.

The police in a statement on July 21, said the suspects are of African origin and warned residents against engaging in violence.

“The Dubai Police has arrested a group of people, who were engaged in a heated argument in their residence at late hours) The group of African people appeared in a viral video on social media platforms while fighting in a public place and damaging properties,” the statement read.