Nigeria has refused to join in a groundbreaking global deal on corporate tax reform aimed at eliminating tax havens; while bringing in $150bn more a year from multinationals.

The revolutionary global tax deal was endorsed by over 130 countries around the world.

Specifically, a total of 136 nations have agreed to a 15 per cent global minimum effective corporate tax rate; as well as new rules that would compel multinationals to declare profits and pay more in the countries where they do business. Further, the agreement includes a two-year ban on imposing new taxes on tech groups such as Google and Amazon; while the Joe Biden administration tries to ratify the deal in the US.

The deal has been described by the Financial Times as the biggest corporate tax reform for more than a century.

Nigeria is surprisingly one of a handful of countries to have abstained from the landmark pact; which was orchestrated by the Organisation for Economic Co-operation and Development (OECD).

FT reports that the number of nations prepared to sign up to the deal shifted on Friday; with India agreeing at the last moment. Also, China and Brazil were reported to have reluctantly signed up. However, Nigeria remained adamant in not signing up to the agreement; which experts say would generate more tax revenue and curb corporate tax avoidance. Other countries which joined Nigeria in abstaining from the deal are Sri Lanka, Pakistan and Kenya. 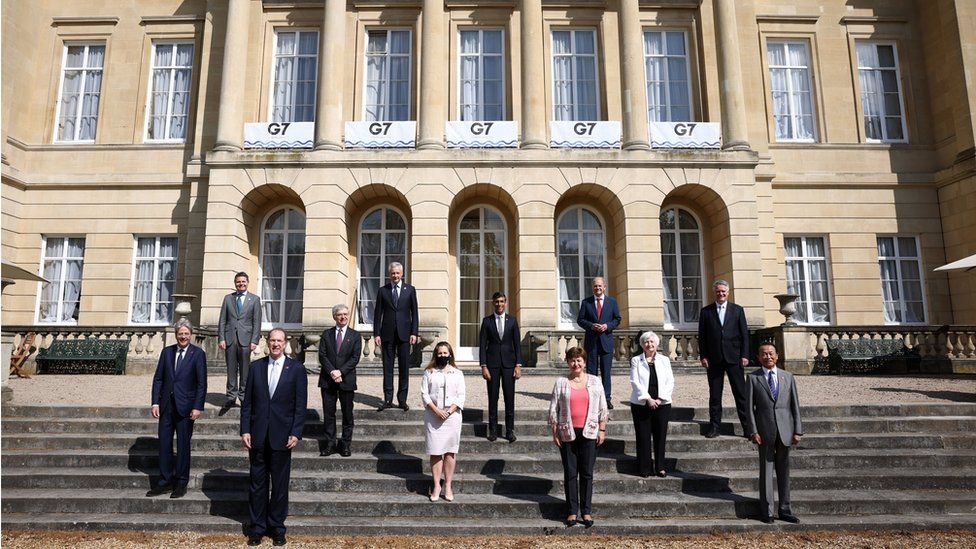 Those familiar with the matter believe that one of the reasons for the refusal of Nigeria and other developing countries to sign up is the concern about the lack of revenue they stand to make from the deal on fairer distribution of profits and taxing rights. They argue that this is worsened by the removal of digital service taxes; a factor which FT says was a deal-breaker for Nigeria and Kenya, despite OECD estimates showing they would gain.

The pact is seen as a huge win for the OECD in its battle to rein in curb corporate tax avoidance. Already finalized are details on sharing the profits of the largest multinationals so they pay more tax where they do business. Companies with turnover exceeding €20bn will be required to allocate 25 per cent of their profits in excess of a 10 per cent margin to the countries where they operate, based on their sales. The 10 per cent profitability margin will be calculated using an averaging mechanism, based on profit before tax, FT reports.

However, difficulties with implementing the deal are expected, especially for the US and countries such as India that have levied digital services taxes on Silicon Valley tech groups. If Congress fails to implement the deal, those countries may go ahead with their digital taxes; sparking trade disputes with the US.

However, the deal gives the US the right to ratify the agreement. The agreement specifies that no newly enacted digital services taxes or other relevant similar measures will be imposed on any company from October 8, 2021 for two years.

BBNaija: Why I am still Scared of Falling in Love – Angel